From the start jump off the screen to the right for 2 Cipher Coins and a chest with gems. Head back to the left and go down three screens to the big bug with the bouncy platform. When you land on it the game will auto scroll to the right.

Continue to the right, past the large knight, to the first checkpoint. Just up to the left of the checkpoint is a secret with a Cipher Coin in the wall. 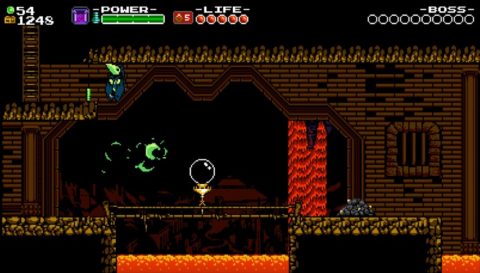 Go up a couple of screens and then head to the right. Blast your way past the large knight and open the chest for the Dust Knuckles. 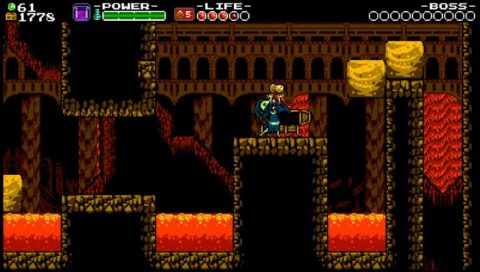 Break the wall to the left for a hidden Cipher Coin and then drop down to the right. Use the cannon to head back to the main area.

Continue to the right for the second checkpoint. Instead of taking the exit down below jump boost across to take the exit at the top right. Make your way across the lava to a chest with Music Sheet #17. 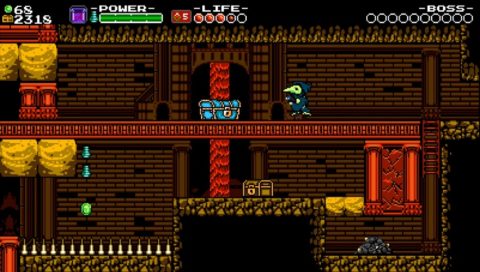 He’ll trade you a Smoke Bomb for the Dust Knuckles. Smoke Bombs create a cloud of smoke that make you invulnerable while you’re inside of it. It even works while you’re walking across spikes.

Head back to the second checkpoint and continue to the right. Navigating this area is easier than with the Shovel Knight because of the double-jump and boost. When you get to the three steps take the exit to the top right for Music Sheet #18. 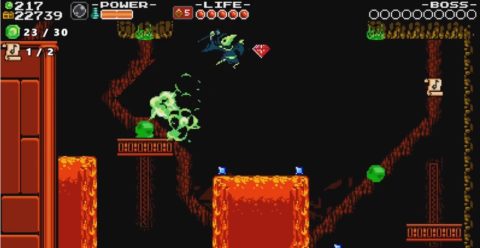 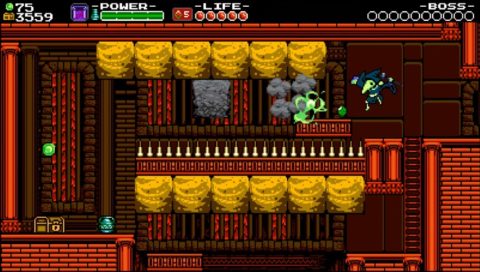 When the bug drops away you’ll find the fourth checkpoint on the next screen to the right. There’s a secret in the wall to the right with a chicken. Break your way through the blocks and get ready for a fight with the Mole Knight. 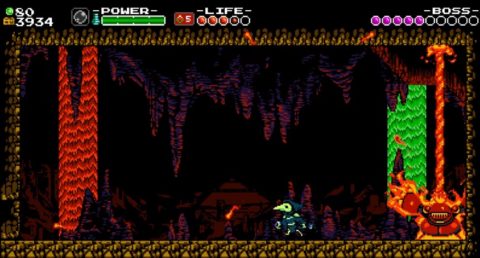 Use the jump boost on the Mole Knight when he flies from side to side. The Smoke Bomb is pretty handy in this fight as you stay invulnerable while your inside of it. From there you can lob out bombs.

When the Mole Knight has been defeated you’ll take the essence and end up back at the Potionarium.