You begin with a small base on the eastern edge of the map. Immediately put your Probes to work and begin producing some more to build up your economy. Within a few minutes you’ll have an example of what the Corsairs can do as they use their Disruption Web to incapacitate the colonies and allow the Shuttles to drop of the Dragoons. Quickly use the Dragoons to destroy the Spore Colonies and Sunken Colonies before the Disruption Web wears off. 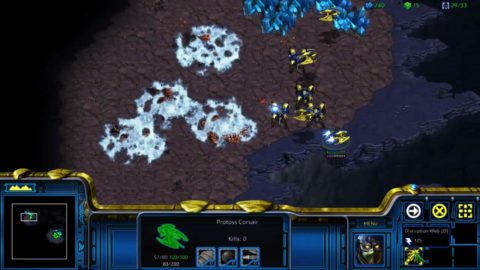 Switch back to you main base and start building more Probes and placing the essential structures. Send some Probes over to start a second base where the Dragoons took out the Zerg colonies and start gathering more resources.

The Zerg Cerebrates are located on an island to the south-west. Ground forces work best because you’ll need to clear a path for the Dark Templar who need to be close to the Cerebrates when you kill them. I found it easiest to tech for High Templars and then merge them into Archons. About a dozen Archons should be more than enough to clear the area.

Use the Corsairs to disrupt the Spore Colonies so the Shuttles can rush in and drop off the Archons. Clear a path to the Cerebrates, which are located on either side of the Xel’Naga Temple. Once the path is clear bring your Dark Templar through and destroy the Cerebrates. The Dark Templar only needs to be close to the Cerebrates when they are destroyed, they don’t need to deal the killing blow.

Once the Cerebrates have been destroyed watch the cut-scene and get ready for the next mission. 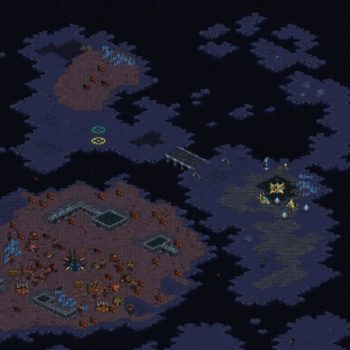