Family Matters is one of the larger quests in Act I and begins when the Bloody Baron asks Geralt to find his missing wife and daughter. You may have seen posters around Crow’s Perch asking for information about their whereabouts.

The Bloody Baron won’t reveal any more details about Ciri until you can locate his family. You’ll begin by searching their rooms for clues.

You only need to search the Baron’s room to progress but searching Tamara’s room will yield some interesting details. Use your Witcher senses in Tamara’s room to find the Ugly Doll, Letter to Tamara and Incense with an Old Key. The letter hints that Tamara and her mother had been mistreated by the Baron. You can follow the scent of saffron down to the bottom level of the castle.

Open the locked door to find a hidden altar to the Eternal Fire. There’s a small Prayer here as well. Tamara asks for good health for her mother and for her father to be punished.

In the Baron’s room you’ll find a wooden candlestick, fresh flowers, an off-colored wall, picture of the Baron and his Wife, a wardrobe behind the painting and a wooden pillar. Return to the candlestick and Geralt will pick up the scent of wine. Use your Witcher senses to follow it down to the first landing. Under a floorboard you’ll find a Talisman.

Once you’ve searched the rooms return to the Baron to ask him about what you’ve found. He tells you he made the Doll himself but doesn’t know where the Talisman is from. He suggests you go and see the Pellar who lives nearby.

Follow the map to the Pellar’s hut where you’ll find a band of men angrily knocking on his door. Talk to them to find out the Pellar gave advice to one of their friends and it didn’t turn out well. To get rid of the men you can use the Axii sign if you have Delusion level 2, ask what they want and offer to cure their friend or fight them. If you killed the Baron’s men at the Inn at the Crossroads they will attack when they find out you’re a Witcher. 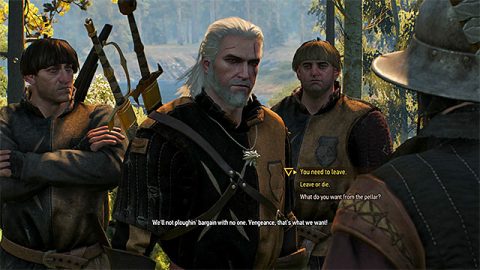 Once the Baron’s men are gone knock on the door and talk to the Pellar. He was the one who made the Talisman for Anne Strenger and he claims he can help locate her but first you must help him find his goat. This triggers the A Princess in Distress quest.

When you return to the Pellar with the goat he will perform the ritual augur to find out what happened to Anna. As it turns out Anna was pregnant but unfortunately miscarried. The dead baby was buried but turned into a Botchling. He tells you that you can either remove the curse from the Botchling or kill it.

To remove the curse you’ll need to find the Botchling and then bury it under the Baron’s threshold while giving it a new name. If you kill it you’ll need to bring some blood back to the Pellar who will use the blood to locate the missing wife and daughter.

Back to the Baron

After speaking with the Pellar make your way back to Crow’s Perch. When you get close enough you’ll see that the Baron’s fort is on fire. As you enter the compound a man will tell you that Oswin the stablehand is trapped in the barn.

If you want to save him climb the ladder on the outside of the barn and go in through the top window. At some point you may need to use Aard to clear the debris. Drop down to find Oswin and open the gates for the horses. Find the main gate and open it to free Oswin and the horses.

After the cut-scene you’ll be attacked by a very drunk Baron. Knock some sense into him and he’ll finally tell you what really happened to his wife. At this point you can leave this quest and come back later or tell him you’re ready to deal with the Botchling. 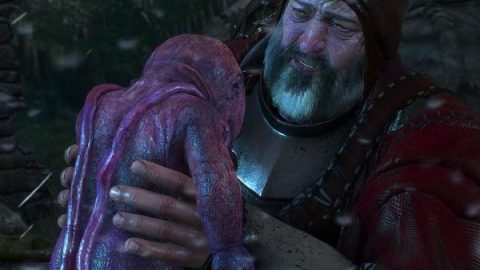 At certain points Wraiths will attack and you’ll need to take them out. When the Botchling starts to get out of control you’ll need to cast Axii on it.

Once you reach the threshold the Baron will name the Botchling Dea and bury it. You’ll then wait until the morning for it to turn into a Lubberkin.

As day breaks the Lubberkin will appear. Follow it and it will show you the path that Anna and Tamara had taken. The first stop is a small house outside of town. Use your Witcher senses to find some Clothing, a Bracelet and Hoseshoe.

Follow the Lubberkin to the next area. This time it will show you a decapitated horse. What could have done this? Investigate the remains for more clues.

The Lubberkin will then lead you to the final location, a fisherman’s hut. Go inside and speak with the family. They will hesitantly tell you about a beast that took Anna away. They also tell you that Tamara went to Oxenfurt and is apparently safe and well.

If you choose to kill the Botchling or fail to pacify it while lifting the curse then the Botchling will turn into a beast. It’s susceptible to Cursed Blade Oil and the Axii Sign.

Wraiths may be attracted by the battle and you’ll need to deal with them as well. Once the Botchling gets low on health it will start regenerating health. The spikes on it’s back will grow longer making it harder to hit. Use the Axii sign to stop it regenerating health and to cause the spikes to retract for a short while.

After the battle Geralt will take a vial of blood to take back to the Pellar. The Pellar will then perform the ritual and you’ll need to defend him from Wolves.

When the braziers go out the circle of protection will be broken and Wraiths will enter. You’ll need fight off the Wraiths and use Igni to relight them.

After the ritual the Pellar will tell you about his visions. One of them will lead you to a fisherman named Voytek. Walk the Pellar home if you want and then go to the fisherman’s hut to find out what happened to Tamara and Anna.

Head back to the Baron to let him know what you’ve learnt. He won’t be too happy that you haven’t actually seen his wife or daughter and pleads with you to bring them back. When you leave he’ll run after you and give you the Doll that belonged to Tamara. He also provides you with a Letter of Safe Conduct so you can get over the bridge to Oxenfurt.

You can skip this part if you wish but Tamara will give you her side of the story. If you do skip meeting her you won’t see her until you deal with the Crones in Crookback Bog.

If you’ve spoken with the Baron after visiting the fisherman he’ll give you a Letter of Safe Conduct so you can get across the bridge. You can also find fake papers from a man selling a Transit Pass just south of the northern bridge to Novigrad. You can also just swim across the river. Once you’re inside Oxenfurt follow the quest marker to find Tamara. 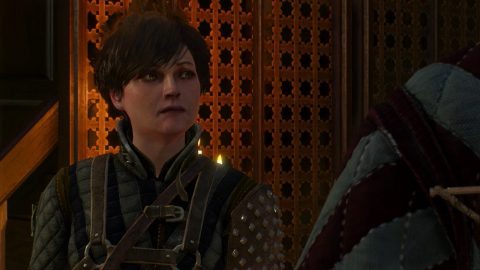 Initially she doesn’t want to speak with you but opens up once you explain that you aren’t going to force her to come back. She also tells you that the Witch Hunters are putting together a party to save her mother. When you’re done in Oxenfurt return to the Baron.

Return to the Crow’s Perch and give the Baron an update. He’s not happy about his daughter not returning home but he demands that his wife be found. There’s nothing more you can do now until you’ve completed the Ladies of the Wood quest.

Head back to the Baron one final time and give him the sad news about the pact Anna made with the Crones. He certainly will not leave Anna to her fate and so marches off with some soldiers to retrieve her.

Geralt reminds the Baron of his promise to give him information about Ciri and this begins the Ciri’s Story: Out of the Shadows quest. The Baron also makes one final request, to help him deal with the Crones of Crookback Bog. This initiates the optional quest Return to Crookback Bog.