Ladies of the Wood

In the last quest, Wandering in the Dark, Keira will have given you a book called The Ladies of the Wood. Read it to find out about the ‘ladies of the wood’.

Follow the map marker to the swampy area and when you reach a Shrine you’ll see a short cut-scene. Follow the trail of treats to find some children playing outside a house. Talk to them to find out they’re orphans and are being looked after by a woman called “Gran”. No matter what you say she won’t talk to you and orders one of the children (Travik) inside. 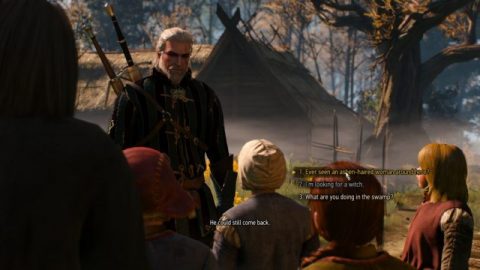 The children mention someone else the Witcher should talk to, a boy called Johnny, but only Travik knows where he is and he’s inside with Gran.

Ask the orphans for their help to get Gran out of the house and they’ll want to play hide and seek with you. You can play the game with them or ask them if there’s something else they want. If you offer to give them something else they’ll ask for Treats.

Once you’ve played the game and found them all, or given them treats, you’ll get a cut-scene of the orphans distracting Gran. This gives you an opportunity to go inside and speak with Travik. He’ll tell you the location of where you can find Johnny.

Use the map marker to go to the place indicated by Travik. You’ll need to clear the area of a few Drowners and a Water Hag before you can use your Witcher senses to pick up Johnny’s trail. Follow the trail to a barrow and look inside for a cut-scene. 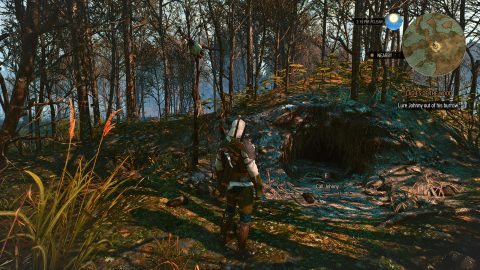 Johnny is a little Godling but appears to have lost his voice. He signals for you to follow so chase after him and kill any Drowners that get in the way.

After a little while he’ll signal that he wants something up on top of a cliff. There is a path up to the top on the right side. When you get there you’ll need to take out the Harpies and possibly a Wyvern. Search the Harpy Nest to find a Bottle and bring it back to Johnny.

Once Johnny opens the bottle his voice will return. He tells you that Ciri was seen heading towards the huts and that Gran should know something about where she went. He offers to help talk to Gran for you because you got his voice back.

Back at the huts Johnny will convince Gran to find out about Ciri for you. She takes you to the Chapel and contacts the Ladies of the Wood. They ask you to see the Ealdorman of Downwarren. Gran will then give you a Dagger that you must present to the ealdorman.

Visit the Ealdorman in Downwarren and show him the Dagger to prove you’ve been sent by the Ladies. He’ll tell you about an evil presence surrounding a tree on a nearby hillock. Offer to help and make your way south to the Ancient Oak tree. 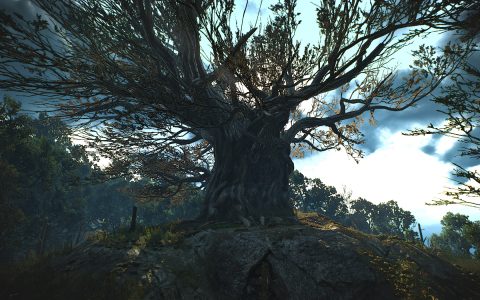 When you get close you’ll hear a voice telling you to leave. You’ll then be attacked by Wolves. Get a little closer to the cave entrance on the hillside below the tree and you’ll be attacked by a Werewolf. Head into the cave and follow the source of the noise along the partially flooded tunnels to a beating heart. This begins The Whispering Hillock quest and must be completed before you can continue with this one.

When you’ve dealt with the spirit in the Ancient Oak return to the ealdorman and remind him for payment. He’ll use the Dagger to cut off one of his ears. You’ll then be back at the orhpanage for a meeting with the Ladies of the Wood.

Geralt quickly realizes that Gran is the Baron’s wife and she made a pact with the Crones in order to prevent her unborn child from being born.

The Crones give a brief explanation of what happened to Ciri and this starts the quest, Ciri’s Story: Fleeing the Bog.

Back: Wandering in the Dark          Next: The Whispering Hillock