The fist fighting continues in Novigrad, this time you’ll have four challengers ready to take you on. To begin the quest find one of the contenders. The easiest to find would be the fights at The Golden Sturgeon. 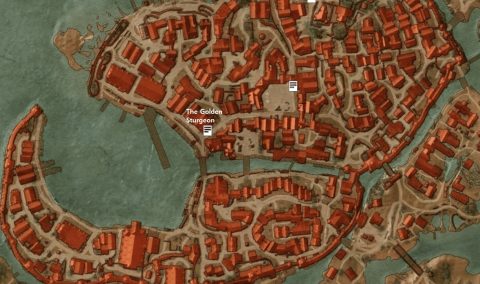 Find Master Claytop and ask him to set up a match. You’ll be facing off against Georgius ‘Piledriver’ Georg. Before you start the match Master Claytop pulls you aside and asks you to let Georgius Goerg win. He offers to pay you 80 Crowns on top of doubling whatever you bet for a total of 240 Crowns. If you decide to lose you can fight Georg again for real. If you refuse you might be attacked by 3 of Master Claytops thugs later on in Novigrad.

Once you’ve defeated the first three of Novigrad’s finest fighters you’ll be directed to Farcorners to have a match with Durden. Apparently they fight after sundown but you can go there at any time to have a match. Once you fight and beat Durden this quest will be complete. 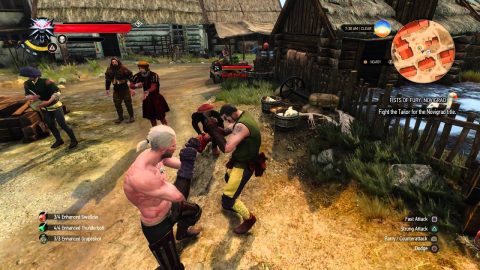 Back: Fencing Lessons          Next: Following the Thread