Read the Notice Board in the Hierach Square to begin this quest. Talk to the supervisor who posted the notice to find out that a Witcher has already taken up the quest to hunt the beast. He also tells you the location of the incident so you can track the beast as well.

Make your way to the point shown on the map and use your Witcher senses to follow the tracks and claw makrs. When you come to the river swim to the other side and continue searching for tracks. When you enter the nearby building you’ll see Lambert engaged in battle with an Ekimmara. 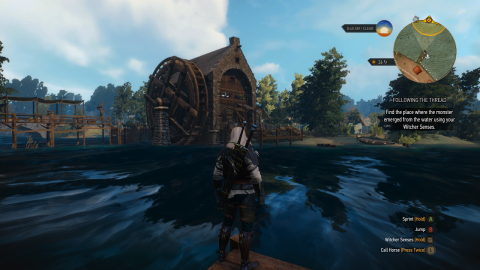 Talk to Lamber to find out what’s going on and he’ll tell you that he’s hunting for an Assassin called Jad Karadin who killed his Witcher friend Aiden. There were a few other members of the gang, Vienne, Selyse and Hammond.

Go with Lambert to the Seven Cats Inn where you’ll find Vienne. She doesn’t know where Jad is but she’ll give you information on Selyse and Hammond. Depending on how this conversation goes a fight may or may not break out. If a fight starts she’ll call for the help of three other Elves. After the conversation Lambert suggests you look for Hamond in Faroe.

When you’re next in Skellige make your way to the southern island of Faroe. Hammond can be found on the eastern side near a Shrine. Kill him and his men and then loot his body for a Letter from Jad. 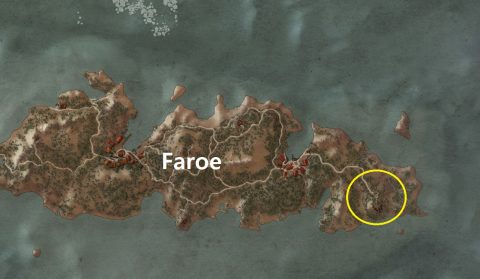 Return to Novigrad where Lambert will be waiting for you at The Nowhere Inn. He tells you that Jad has changed his name to Karadin and is leading a successful life as a merchant. Go with Lambert to meet Karadin where he lives. When you arrive the Guards will take you up to see him. Karadin says it was Aiden who attacked him and his men and they were forced to kill him. You’ll have a choice now, either believe Karadin and spare him or help Lambert kill him.

Regardless of your choice Lambert will go off on his own and the quest will be complete. There are now consequences for sparing or killing Karadin.