For the Advancement of Learning

For the Advancement of Learning is a secondary quest and begins once you start A Favor for a Friend featuring Keira Metz. Make your way to Fyke Isle and head towards the tower. Once you get close enough you’ll see Keira exiting the tower and putting Alexander’s Notes away. 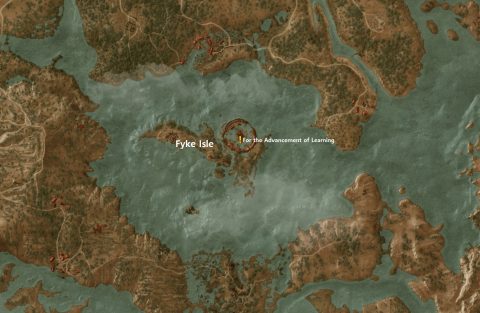 Talk to her to find out she’s planning on making a deal with King Radovid. She’s deluded in thinking Radovid will pardon her for playing a part in the Lodge.

The outcome of this conversation can end in three ways, you can convince her to go to Kaer Morhen, let her go to Radovid or kill her.

Ask her about the Notes and remind her that Radovid never forgets. If she plans to parley with Radovid it will be a suicide mission. Suggest to her that she can go to Kaer Morhen instead. Once she’s agreed to go you can then ask her for the Notes.

She has already decided to go and see Radovid so you don’t need to convince her of anything. Leave the conversation when you can without mentioning Kaer Morhen or demanding the notes.

During the conversation demand she give you the notes or tell her that you can’t let her take the notes to Radovid. This will result in a fight. Once you’ve killed her Geralt will burn Alexander’s Notes.