Ghosts of the Past

Ghosts of the Past is only available if you didn’t kill Letho at the end of Witcher 2: Assassins of Kings. If you take up the quest The Fall of the House of Reardon from Lindenvale you’ll be directed to Reardon Manor out in the countryside. You can also wander there yourself without taking up the quest. 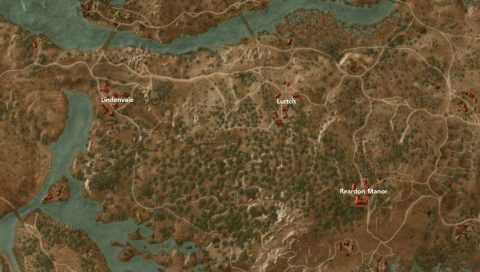 If Letho is here then he will have dealt with all of the Wraiths. Unfortunately he’s also left behind a number of booby traps. Make your way to the barn and climb up the ladder to the loft where you’ll find Letho.

Letho will explain that he’s been on the run from Emhyr ever since the events at Loc Muinne. During the conversation some men will approach the barn. Apparently only one person knew where Letho was staying.

You’ll be dragged into a fight with the men and afterwards Letho will ask you to help hunt down the friend who revealed his location. Helping Letho now will mean that he will help you later during the battle at Kaer Morhen.

If you agree to help, follow Letho on Horseback to a camp where Louis and a few other men are staying. Fight the gang and Louis will eventually reveal who paid him to reveal Letho’s hideout.

Follow Letho to Lindenvale. Once you arrive at a hut on the outskirts he’ll tell you to not interfere no matter what happens.

Letho will blow up a nearby barn to lure out a few men. One of them shoots Letho with a bolt. He attacks the men and kills many of them but is eventually struck down himself.

If you choose to intervene you’ll need to fight off the attackers. If you don’t intervene but try to diffuse the situation they’ll want to take Letho’s head for the bounty. Convince them it isn’t a good idea and they’ll take his medallion instead.

Examine the corpse of Letho to discover he’s taken a poison that only makes it appear as if he’s dead. When he comes to he’ll tell you that he wanted to fake his death in front of the bounty hunters so that they’ll spread the word that Letho is dead.

From here you can wish him well or invite him to come back to Kaer Morhen. If you choose the latter he’ll be there during the Battle of Kaer Morhen.