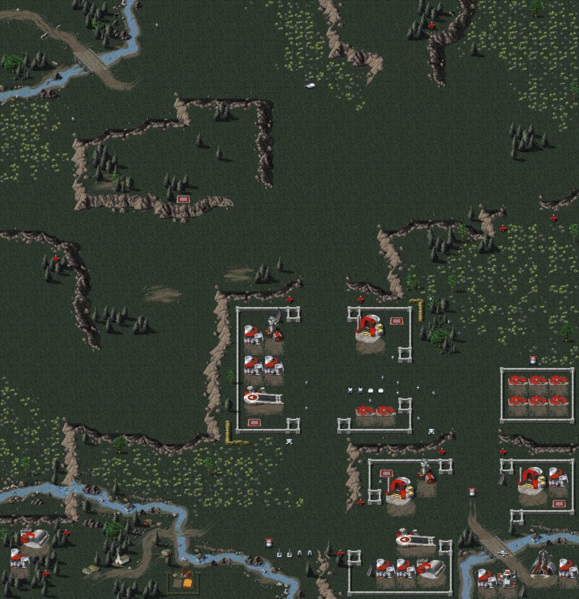 Move the Medium Tank over the bridge and use it to take out the Fire Tank. Now bring your MCV across and begin your base just to the east of the river crossing.

Begin by building a Power Plant and Refinery. Build Guard Towers on either side of your base and then a Weapons Factory and second Refinery.

You’ll also want an Advanced Communications Center for the Ion Cannon. The central Nod base should’t be too much trouble. Build the Repair Facility so you can build Mammoth Tanks. A few Mammoth Tanks and supporting units should be able to clear out the central base. Take over the Nod buildings rather than destroying them as Nod will just rebuild.

Watch out for Nukes! Just when you think you’re about to win Kane will Nuke your northern base. There are two triggers for a nuclear attack. The first is when you destroy 5 specific buildings in the main base, the Refinery, the Airfield, the Hand of Nod and the two southern Power Plants. You’ll also get nuked when you begin attacking the Temple of Nod.

Make sure you have a second base, and even a third, so you can keep going if one of them gets nuked. Once all forces have been destroyed you’ll complete this mission, and the GDI Campaign. 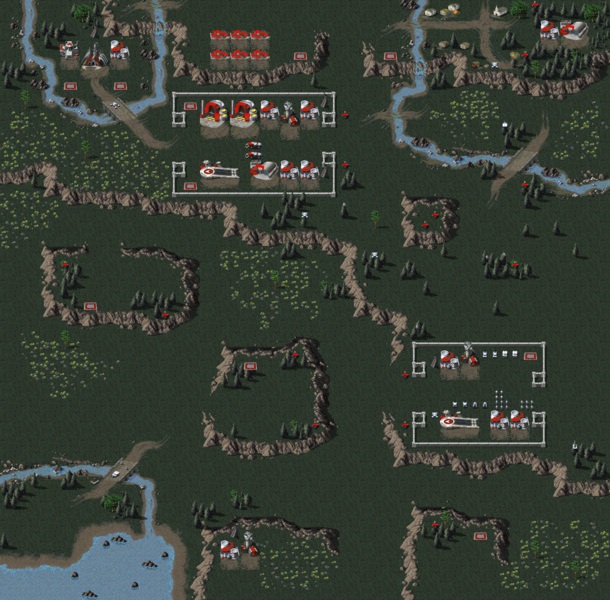 Use your tank to destroy the Flame Tank on the bridge and then move over the two Rocket Infantry to kill them. Now bring your MCV over the bridge and start a base by the Tiberium field.

When you have the vehicles ready send them to take out the Turrets and SAM sites on the hills to the north and east of your base.

Use your Ion Cannon to destroy the Obelisk of light and then move in with Mammoth Tanks to destroy all units in the base. Bring in Engineers to take over this base and use it as a stepping stone to the main base. 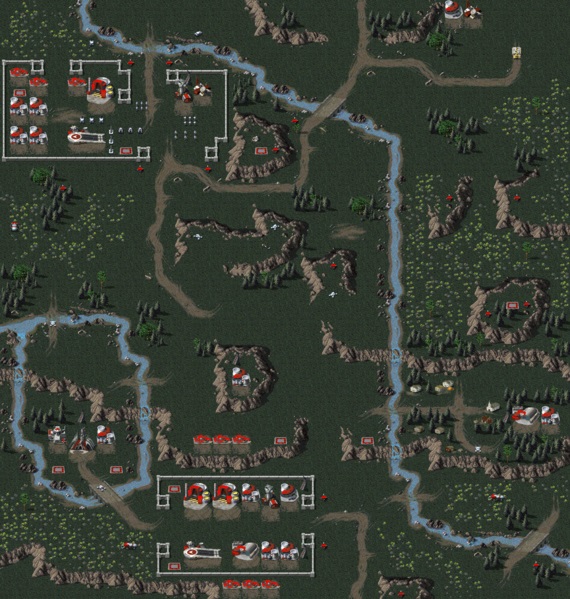 This route starts you off in a better position, with tons of Tiberium to the south. The walkthrough is essentially the same. Use an Ion Cannon to take out the Obelisk in the western base and destroy all units with Mammoth Tanks. Bring in Engineers to take over the base and use it to bring forces down to the main southern base. Push forwards and destroy the Temple of Nod on the island and all other units to win the game.