This chapter is split into three distinct parts, opening the drawbridge, following the old man into the compound and finally finding the key to enter the Dakaduga house.

Head down the path and then leap from shadow to shadow along the left side of the field. Use any shadow you can find to avoid being spotted. There’s a difficult leap once you get to the end corner near the left tower. 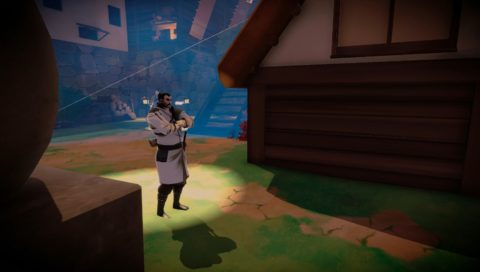 Shadow leap past the guard to the base of the steps and then up into the left tower. Pull the lever and then leap back down the way you came. Quickly shadow leap across to the bushes near the well. From here you’re close to the right tower but there’s a Katana you can pick up first. 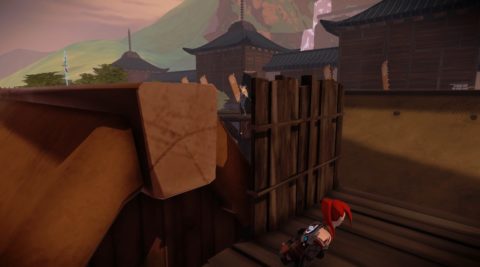 Drop back down, go around the back of the next building and shadow leap up into the right tower. Pull the lever and shadow leap onto the bridge. Use the shrine and then head through the next door.

For this section you’ll need to follow the old man through a series of light barriers. He walks fairly slowly so you’ll have time to pick up a couple of katanas along the way.

After the cut-scene you’ll be past the first barrier. Shadow leap up to the roof on the right and make your way across the building ahead. Behind it you’ll find the second Katana. 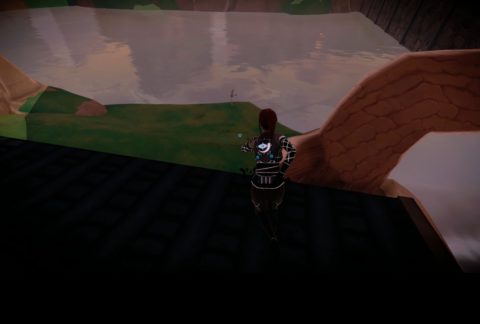 Turn around to face the way you came. From here you want to enter through the window and out another window to the small overhang on the left. 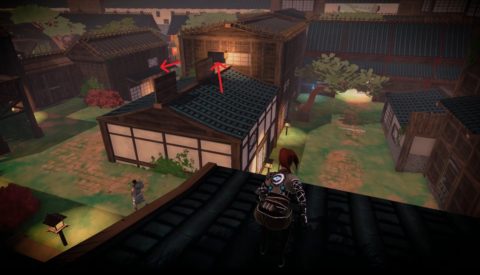 Drop down into the yard ahead and turn around. From here you can shadow leap through a partially open door. 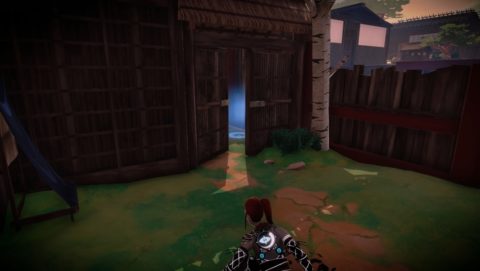 Run forwards for the third Katana. Head back through the door and then hide in the bushes near to the light barrier as you wait for the old man.

Follow the old man through the light barrier and then sneak behind the next guard. Shadow leap into the bushes to the right of the bridge and then down to the walkway on the other side of the canal. Walk up the steps to the right and shadow leap past the patrolling guard. 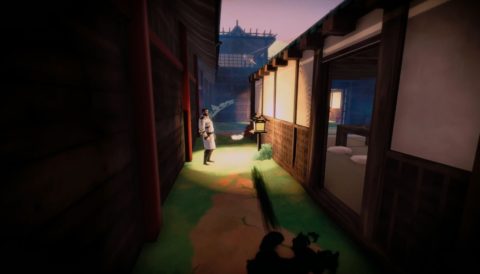 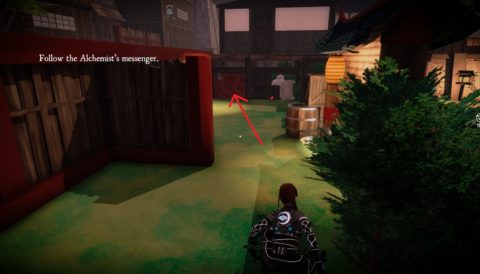 Climb up the stairs and shadow leap through the window into the house when the guard isn’t watching. Shadow leap to the bushes by the exit and go through.

Make your way from shadow to shadow until you reach the stairs. Leap to the stairs in shadow on the right and walk up when the guard above isn’t watching. 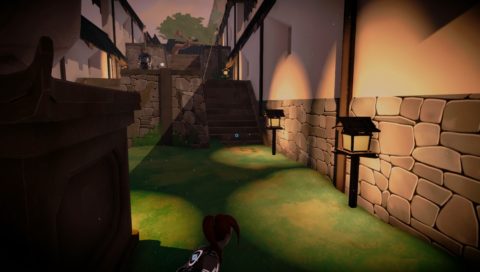 Quickly shadow leap to the next set of stairs and then across the bridge. Wait in the bushes for the old man to pass. When the barrier goes down walk through for another cut-scene.

Pull the lever and wait for the lift to descend. Step onto the lift and pull the lever to be taken up the side of the cliff. Once you reach the top shadow leap to the ledge to the left and make your way around until you can shadow leap up. Head through the doors for another cut-scene.

Use the shrine if you need to but instead of going through the gate shadow leap up to the tower on the right. Drop down into the shadows in the yard below and make your way past the guards to the other side. 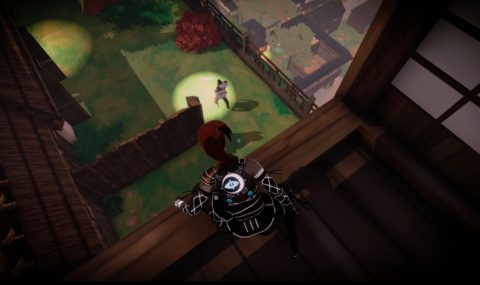 Make a shadow in front of the guards, use Kage and quickly shadow leap to it. Shadow leap through the broken fence. 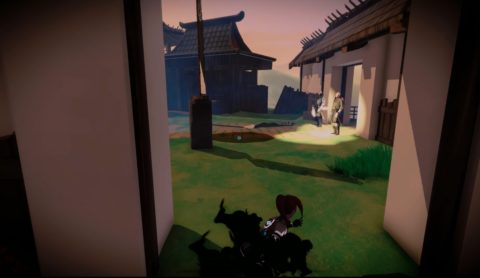 Around to the left you’ll find the fourth Katana. From here leap up to the tower above and sneak up the stairs when the archer isn’t looking.

The Dakaduga house is the large white house just ahead but you’ll need a key before you can get inside. There’s also one more katana to find.

Make your way to the left. There’s plenty of shadows and walls to hide behind. When you get lose to the large arena hide in the bushes by the fence.

Shadow leap up to the tower with the single archer and take him out. Use an explosive grenade to take out the other three archers in the other tower. 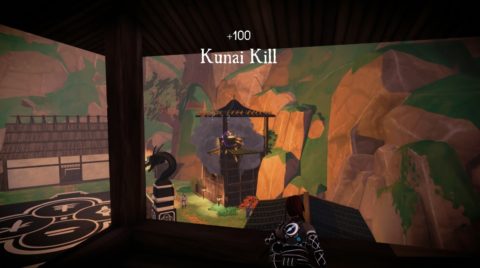 Make your way across the towers to the house at the back. A guard in red stands outside every now and again. He’s the one with the key. Lure him away from the house with a whistle and kill him or sneakily take the Key.

The last collectible is in the center of the arena. You can hide in the shadows by one of the pillars. Either throw a smoke grenade and grab the Katana or use Kage to turn invisible for a few seconds. 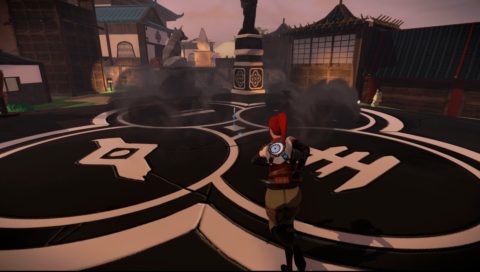 Quickly head back to the white house. The most direct path here is to shadow leap up to the platform with the two archers. Quickly use Kage and shadow leap past the final guard. Now that you have the key you’ll be able to open the door.