Nightfall Chapter 3: The Hunt for Answers

The Hunt for Answers is probably the most difficult chapter in the game. It starts off fairly easy but then ramps up in difficulty once you enter the infirmary. Like the last chapter this is split into three parts.

Run forwards to the door in the tree and go through for a cut-scene. Once it’s finished look around if you want and then go through the door to the right to the outside area.

Run forwards and shadow leap past the green orb. Break the light orb to destroy the patrolling orbs. Sneak around to the left and leap to the small island and then the bushes. 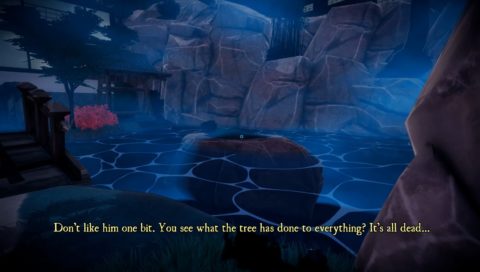 Continue forwards and shadow leap past the two green orbs and through the gate. From here shadow leap up to the tower and down to the yard on the other side.

The large building ahead is the infirmary. It’s blocked by two green orbs. The light orb controlling them is in a building around to the right.

Make your way towards the building with the light orb. You may need to make your own shadows occasionally because there’s quite a bit of open space in this area.

You can enter the building through the front or back. I find it easiest to shadow leap past the guard while he’s standing at the door. 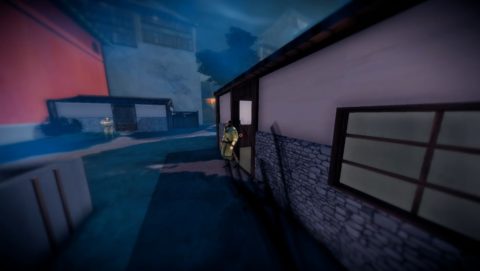 Quickly break the light orb inside and heat out the back entrance. Sneak around to the front and make shadows by the stairs so you can leap to it. Sneak up the stairs and enter through the doors.

The infirmary is crawling with guards. If you make one mistake they’ll all be running around everywhere. There’s also a shrine close to the entrance so you can replenish your abilities. Make your way out to the large central area. 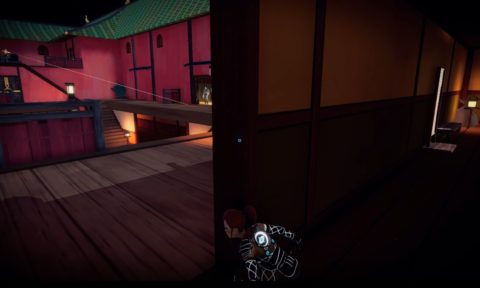 Explore the rooms for the collectibles and the key and very carefuly drop back down to the middle level to open the locked door. You may want to use Kage if you haven’t taken out the nearby guards.

After watching the scene with the Alchemist you’ll need to recover Yamiko’s comb. Head through the doors for the final section.

Once again this place is crawling with guards but it’s not as bad as in the infirmary. Grab the shrine and head through the gate.

Follow the orb forwards and sneak around to the right. Go through the garden with the large statue in the center. You want to make your way onto the roof and into the building in the corner. This is where you’ll find the fourth Katana. 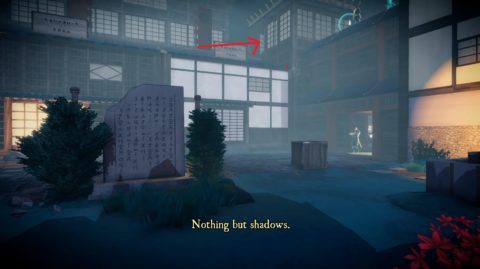 From here drop down the other side and make your way around to the right. Luckily there’s not as many guards in this section.

Follow the path around to the left and go through the building. Continue until you get to a dead end where you’ll find the last Katana. 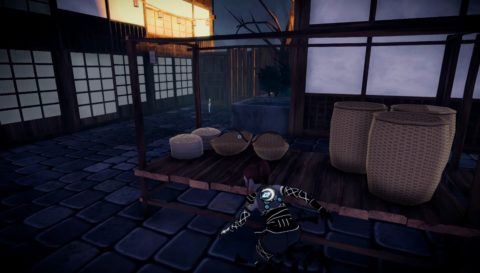 If you have’t run into the commander with the comb yet he should periodically walk into the building that you just went through. Wait for him and kill him or steal the Comb. From here make your way to the exit which shouldn’t be too far away.