Make your way through the laboratory and when you come out grapple across to the central platform to meet Mara. There are three phases to this boss fight and they all begin with dodging her tentacle attacks. 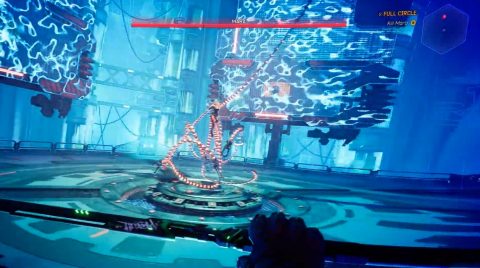 For the first phase Mara will swing a tentacle forcing you to jump over it, smash down with a tentacle from above or she’ll smash a tentacle into the ground and a flame attack will follow you. You’ll need to dash or sensory boost sideways to avoid the last two attacks.

Eventually she’ll start stabbing towards you with the tentacles. Stand in front of one of the consoles and she’ll stab the console. Run up and slash at the stuck tentacle to break it off.

When you drop back down dodge her attacks for a while until she strikes at you with a tentacle. When it gets stuck in one of the consoles attack it to break it off.

The attacks are the same as before but this time two sections of the platform will be electrified and they will move around clockwise and then anticlockwise. 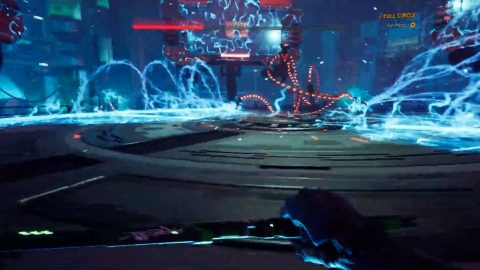 Do the wall run around the side panels when Mara electrifies the entire platform. Then drop down and break the tentacle once she stabs it into a console. After breaking the third tentacle a cutscene will begin and you’ll win the fight.