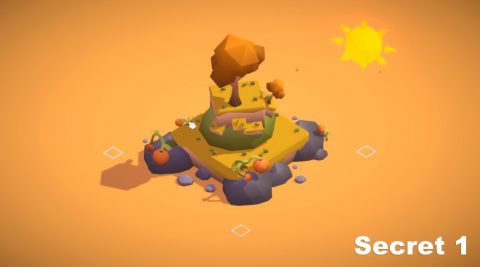 Make the sun larger and grow the plant in front of the turtle. The turtle will eat a pumpkin and pillar #1 will fall out.

Make the sun small, grow the trees and grab pillar #2 from the nest.

Make the sun large and grab pillar #3 from under the back of the turtle. 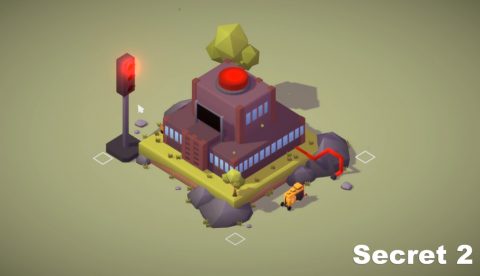 Make the generator larger so it connects with the red wire. Grab pillar #1 from around the back left of the factory. Grab the power unit from the left side and place it on the generator.

Make the weight large and place it on the red button. The back of the factory will open. Place the third power unit on the generator to activate the sign. Grab pillar #3 and place it down to complete the island. 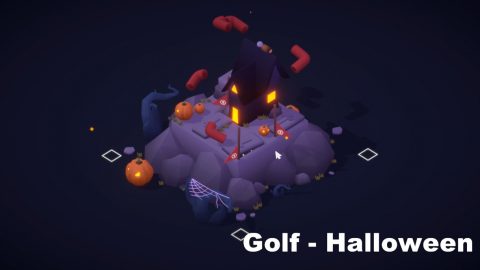 Make the house smaller and all the tomb covers. Grab the key from one tomb and put it in the lock under the house. Make the key larger to fit the lock and the fourth tomb will open.

Make the house larger and a golf ball will land on the roof. You need to hit the golf ball into the 3 hexagons. 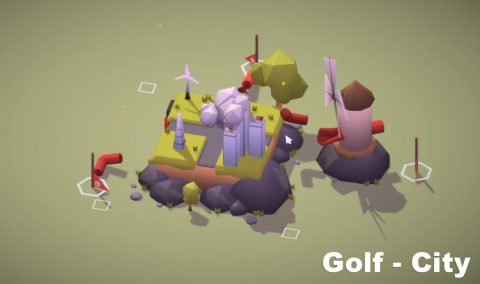 Make the buildings larger so the logs are in line with the golf ball. Make the wind turbine larger to generate power and then the traffic light smaller. The car will move forwards.

Make the pipes smaller. Make the pipe on the car larger and the pipe to the right of it larger. Hit the ball into this pipe for pillar #2.

Make the pipe leading to the windmill larger and make the cloud larger so the windmill faces the pipe. Hit the ball into the pipe and it will enter the third hole for pillar #3. 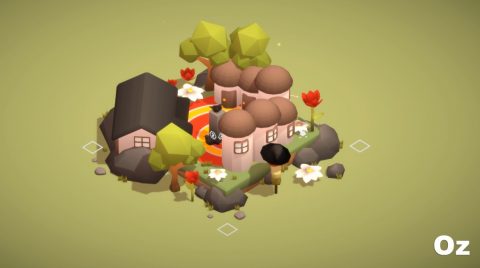 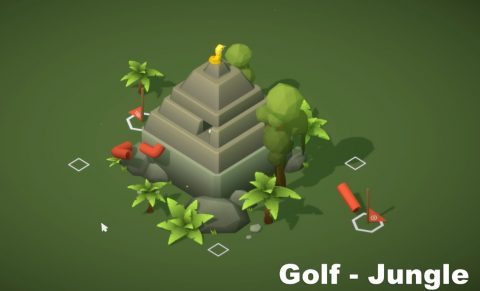 Grab the snake and place it on the snake symbol between the two ferns. You’ll need to make the ferns smaller so it can fit. The top of the pyramid will come off.

Arrange the pipes so they lead to the hole and then make the pillars larger so they hit the golf ball. When the golf ball enters the hole you’ll get pillar #1.

Resize the snake to access the other layers and do the same thing for pillar #2 and pillar #3. 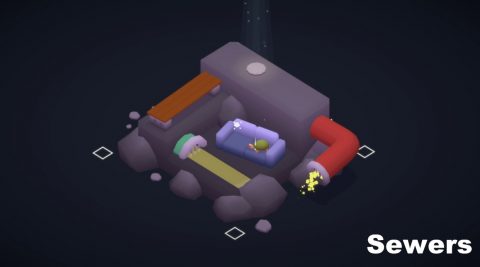 Grab turtle #1 on the couch. Make the pipe behind the island smaller to pop off the grate and then larger so turtle #2 and pillar #1 will come out.

Make the pipe on the side of the island smaller to pop off the grate. Make it larger so turtle #3 and pillar #2 will come out.

Remove the couch from the island and open the pizza box. Inside you’ll find turtle #4. Next to the box is pillar #3. 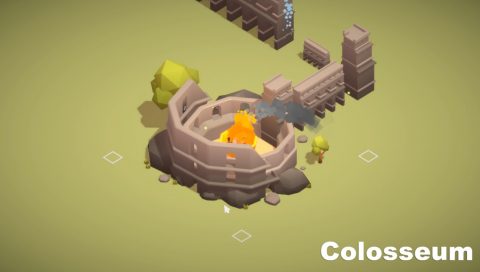 Make the fire in the stadium smaller so it interacts with the water and blows apart the stadium walls. Grab pillar #3 and place it down to complete the island. 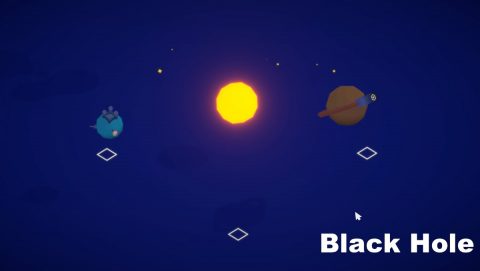 Make the house on the red planet smaller so you can see turtle #1. Make the sun smaller to turn it into a black hole. Make the planets smaller so they get sucked into the hole. Grab pillar #1.

New planets will appear. Make the green planet with the rocket base larger. Make the rocket smaller and you should see turtle #2. Make all the planets smaller so they get sucked into the black hole and grab pillar #2.

A final set of planets will appear. Make the green planet with the shipwreck larger and the shipwreck smaller. You should see turtle #3. Make all the planets small so they get sucked into the black hole and grab pillar #3.