The First Song: The Song of Stoutheart

Back to Songs of Conquest

The first campaign features Cecilia Stoutheart of the Arleon faction. After the death of her father enemies both within and without the kingdom try to usurp her power and take lands for themselves. She must stand up and not bow the knee to those who are attempting to take advantage of her father’s demise.

The campaign has four missions. Cecilia is central to the story and features in all of them. Other heroes will join you along the way. They each have their own skill tree with some being better at some things than others. 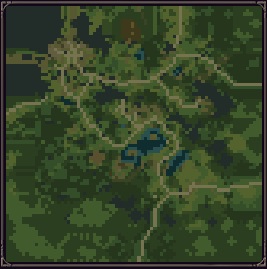 For the first mission you begin with one Wielder, Cecilia Stoutheart, in the northeast corner of the map. Follow the road to the west until you find the Dead Commander and then the remnants of the Corvus Reserves who will join your army.

For the optional objective take the road to the south and clear the Gold Mine of Rebel Militia. Now go back and continue along the road to the west. Break through the Rebel Barricade and enter Flint Hills village where you can hire some more troops.

Continue along the path to the south and veer off into the forest to the west when you can. Kill the Faey creatures and make an offering to the Offering Tree. This is an optional objective but you will get a permant +3 Offence and +3 Defence boost.

When you’re ready head back to the road and follow it south and east. Kill the Baryan Mercenaries blocking the path and make your way around to the enemy Wielder, Nimander Breeze.

If you’ve picked up as many troops as you can along the way this fight shouldn’t bee too difficult. He’ll have about 20 Pikeneers with 15 Pipers and Musketeers. After the battle the mission will be complete.

Mission 2: The Responsibility of Rule 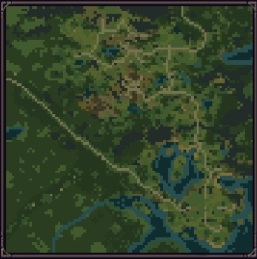 You begin on the northern edge of the map and will soon meet a second wielder, Vilja Thornecliffe. After talking with her you’ll get two optional objectives, to gain control of the Celestial Ore Mine and the Amber Mine. You’ll want both of them for troop upgrades later.

From here the road leads west and south. Head west to clear out the Celestial and Amber Mines. This will give Cecilia a chance to level up and find better equipment. While she’s out looking for the mines continue to buid up your one settlement and upgrade your troops.

When you feel you are ready take the road south from Thornecliffe. You’ll find Silkspool guarding the entrance to Ashbourne. You can expect him to have about 40 Musketeers, 50 Pikeneers, and 40 Pipers. I went in with about 100 Sappers (upgraded Militia), 12 Knights and a small group of Archers and Footmen.

Once you free Ashbourne the battle isn’t over. Follow the road out to the west, clear out the Rana swamp creatures and continue west until the mission is complete. 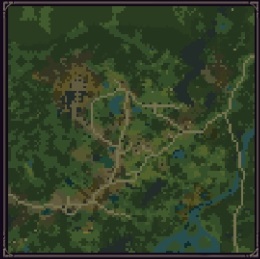 You’ll enter this map from the eastern edge and meet up with Peradine. He’s a wielder with the Archery skill. Make your way west to the small hamlet of Hazelpoint. Your objectives for this mission are first to talk to Roderick of Loth and then to defeat all hostile wielders.

Explore the surrounding area as quickly as possible and take over all the settlements. To the northwest of Hazelpoint you’ll find the town of Windshade and to the southwest the town of Crowpoint. Take them both over and start training and upgrading troops.

Continue past Crowpoint to the town of Oakhaven and speak with Roderick of Loth. Claim the settlement and use it to build up your income and army.

Before to long you’ll hear word that the first of the wielders are on their way. They’ll enter from different sides of the map and will head for your towns. Make sure you stay fairly central and build a Rally Point to hire all your units in one place.

Four wielders will invade the map with the last being Baron Aldus of Loth with an undead army. Once they’ve been defeated the mission will be complete. 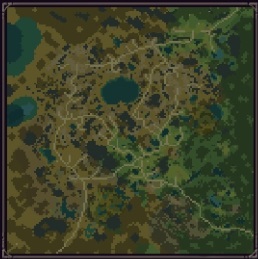 For the final mission of the campaign Cecilia must defeat Wiesh, the Returned. You’ll find him outside a fortress in the northwestern corner of the map. You’ll have 3 wielders on your side, Giandra Stormspire, Gnaw Highchief of Faey and of course Cecilia.

You’ll enter the map in the southeast corner. Make your way through the forest until you come across the other wielders and the town of Briarsbough. Establish your settlement and then continue north to take over the town of Wheatborough.

From here continue pushing north and you’ll find 2 Fortresses. These are large settlements with lots of building space. Once you’ve claimed them you’ll be able to build a strong army.

Focus on either the Faey or regular troops. I went for the Faey for this mission because of their strong melee damage. Upgraded units are far superior to the base unit so always prioritize upgrades.

Explore the rest of the map if you want and defend against any roaming wielders. When you’re ready head towards Wiesh in the northwest corner. He’s a level 20 hero with 9 command slots. You can defeat him with waves of units if you wish but make sure your main wielder Cecilia doesn’t get defeated. Once Weish is defeated the campaign will be complete.

Next: The Second Song: Song From the Ashes

Back: Songs of Conquest