From the center checkpoint take the path to the east. If the path is closed follow the instructions at the end of the West Garden walkthrough.

Walk down the stone ramp and open the chest for a Lure. Then go under the bridge to the north and up another ramp. Just to the east is a dead checkpoint. Meditate in front of the Obelisk to power the checkpoint. 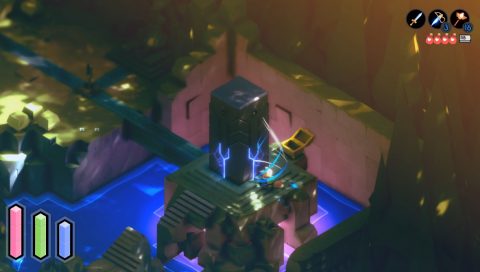 The checkpoint is now active. Climb up the ladder and look through the telescope if you want a better idea of what you’ll be facing.

Head to the southwest and meditate in front of another Obelisk to power up the line and unblock the path. Just behind it you’ll find Page 6/7 and a chest with Gold. 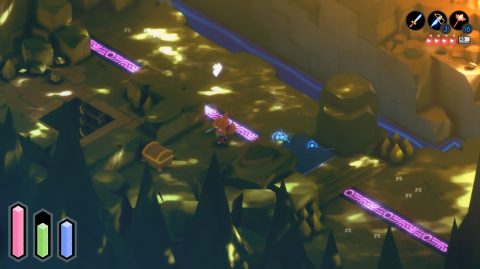 The cave to the north leads to another Merchant. There’s no other way except down the ladder so climb down.

Beneath the Eastern Vault 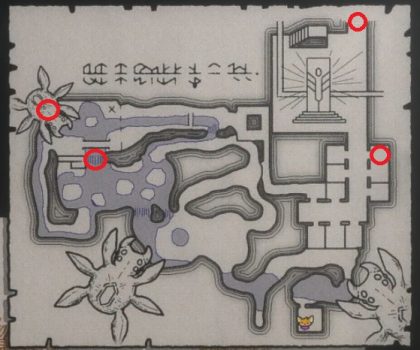 You should have the map of this area on Page 30 of your manual. The way through is quite linear. It’s hard to get lost.

Beware of Spiders hiding in the dark as you make your way around the tunnels. Once you reach the second waterfall take a look underneath for an Ability Card.

Continue to the west and then through a small tunnel leading up to the north. Shoot the small pedestal across the water to reveal two bridges. Cross the bridge on the west side and open the chest for a Blue Mushroom. 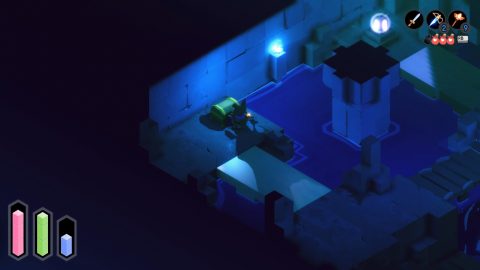 From here head east until you reach the prison cells. The second one to the south has some rope that you can let down, making a shortcut back to the beginning of this area. The last cell to the north has a chest with a Pink Flower.

Enter the large room to the north and break the barrels stacked up against the north wall. Behind them is an entrance to a secret room. Go inside and open the chest for a Golden Coin.

Come back to the large room and take out all the guards. Meditate to the Obelisk to activate it and then head up the stairs. You’ll be back in the Eastern Vault. 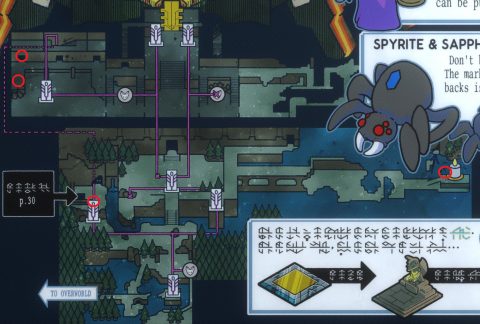 After climbing up the stairs leave the room to the south. Walk along the upper ledge to the southwest for Page 36/37. 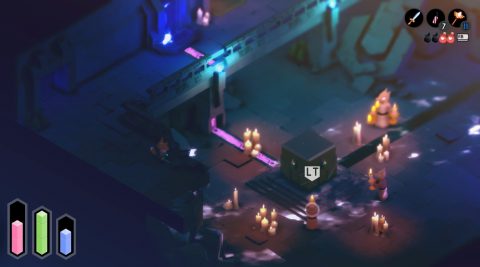 Enter the room directly to the north and open the chests for a Green Feather and Ice Bombs. Come back out and then walk along the walkway to the east.

Go down the ramp, take out the Custodians and then activate the Obelisk. This should bring to life the checkpoint in the next room to the east. Save your progress here and upgrade your stats if you want.

To open the sealed doors you’ll need to activate all of the obelisks. Take a look at the map to see them all. From the checkpoint go east and then up the stairs to the 2 Obelisks. Activate the one on the left. The one on the right is yet to be powered.

Head to the east and follow the ledges around to the south to another Obelisk. Kill the guards and activate it. 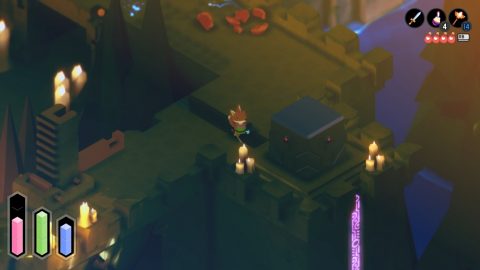 Pull the Lever to the right and take the ladder down to the lower level. Kill the Custodians down here and activate the Obelisk in the center with all the candles on it. This should power the obelisk inside by the sealed door.

Before going back inside head all the way to the east and make your way up to the Heroes Grave. On either side is a chest. The chest to the north has an Ability Card.

Come back to the entrance to the vault and go inside. Walk up the stairs and activate the Obelisk on the right side of the sealed doors. Head inside and get ready for a boss fight. Rest at the Checkpoint inside and continue up the stairs. 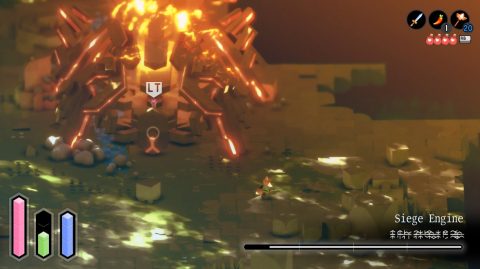 The Siege Engine has a variety of attacks but most of them won’t be an issue if you focus on trying to get behind the machine to attack its weak core. You can hit the face of the machine but you’ll be right in front of it. Getting behind it to hit the core is the safest place to stand.

The Siege Engine has a Gatling gun that it fires off in multiple bursts, a laser and swipes at you with one of its arms. It also summons Fairies to help in the fight. Use your Fire Rod to kill the Fairies when they appear and focus on getting behind the machine to reach the vulnerable core.

The Siege Engine has a lot of health but it will fall eventually. When it does come back down the stairs and grab the Red Key. Take the teleporter back to the Overworld.