Splitting the Loot is a police case that begins by reading the notice board in the Police Station once you’ve completed The Collie Shangles case.

Read the Victim Profiles and Report No. 18-07 in the Casebook to familiarize yourself with the case. Three men were killed in a fight over stolen loot. The scene is located in a backyard on Engineers Ln between Ebernote St and Coalpit St. 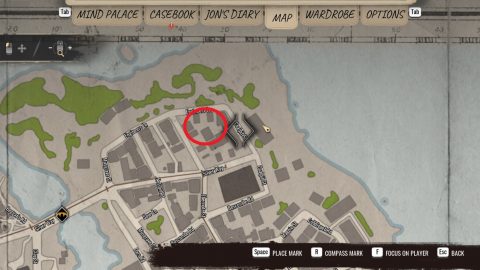 When you find the location a police officer will be standing guard at the entrance to the yard. He won’t stop you going inside to take a look around. 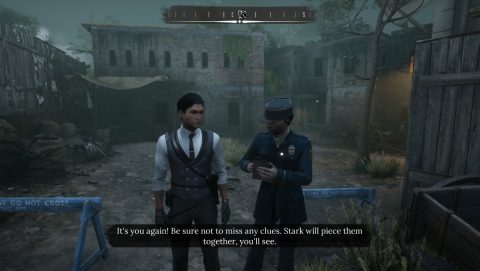 There’s a lot to inspect here with many clues and points of interest. At point #1 is a broken bottle and coins. At point #2 you’ll find bullet holes in the cart and blood on the wheel.

At point #5 you’ll spot broken glasses and a revolver. Open the cylinder of the revolver to find out how many bullets were fired. At point #6 you’ll find bullet holes in the broken tree branch. 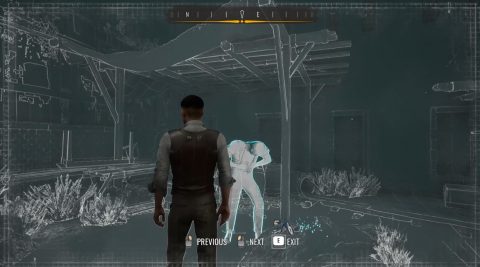 2) At point 2 by the cart place the man with the hat being shot in the leg. 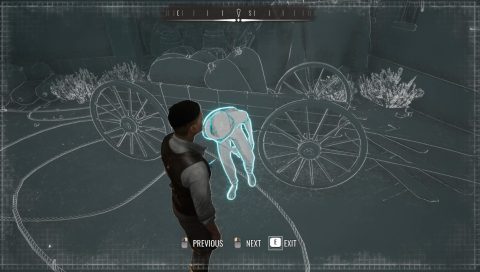 3) Where you found point #3 by the wall place the same man in the hat sitting down. 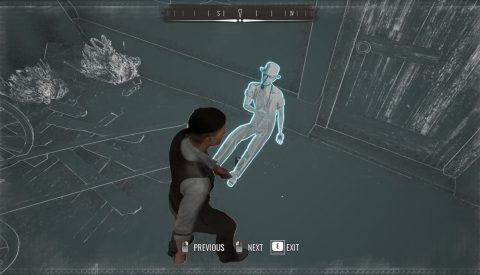 4) At clue #4 place the man with hair holding his throat. 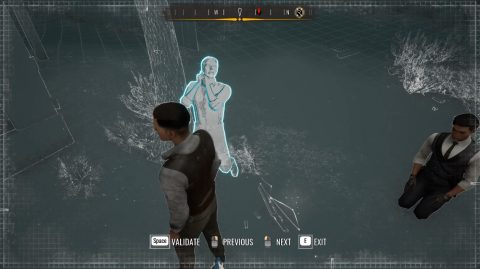 Use concentration and look at the white outline by the man sitting down by the wall at point #3. The true killer was a police officer, Officer Schmidt. He was the first one on the scene and took the money for himself. 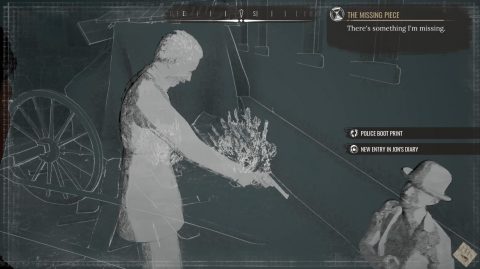 Return to the Police Station, talk to the clerk and the case will be completed. If you want to continue with the police cases check the notice board for the next mystery.