What Was Did in the Shadows

What Was Did in the Shadows is the 4th police case and becomes available after finishing the Splitting the Loot case. Take a look at Report No. 18-10. Two men have been found with bite marks on their necks. Supernatural forces are suspected to be involved.

Read the testimonies, vagrant notes and victim profiles in the casebook. Make your way to the crime scene at the cemetery. When you get close you’ll see the police barriers marking the scene. 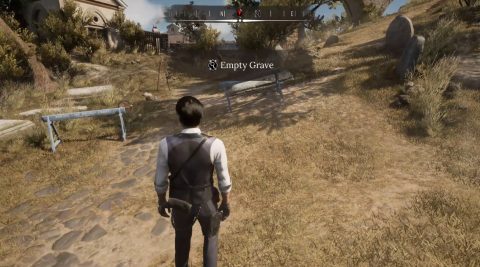 Take a look around for the evidence markers on the ground. These ones are spaced a little away from each other. Marker #1 has a flower basket on the ground and a hat by a stone with blood on it.

Marker #2 has an open grave. Concentrate on the toolbelt of surgical instruments to reveal the missing knife. Take a look at the bottle and then the letter on the coffin lid to the left.

Follow the path to the vagrant’s campfire. Inspect the scene to find his dinner, a grilled rat, alcohol and mushrooms.

Come back down the path and look for the side path with marker #3. You’ll notice some ripped blue cloth on a tree branch and a hat on the ground.

Finally marker #4 has a shovel with blood on the ground. Once you’ve found all the clues open your casebook and use chemical analysis on the bottle of clear liquid. It’s formalin and used for embalming corpses.

That’s all the evidence you need. Review your notes and get ready for the reconstruction. 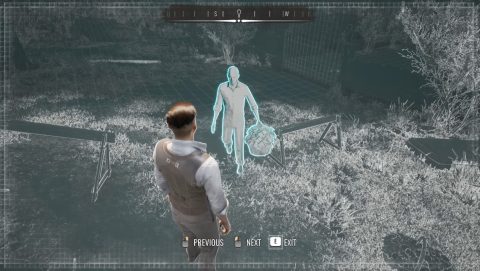 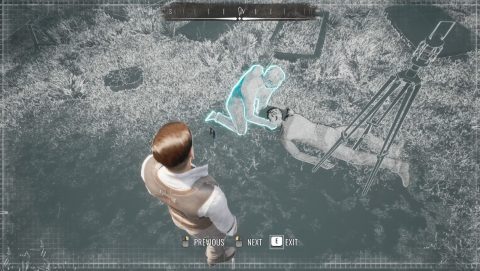 3) Up by the open grave the professor (man with hat) standing over the grave and the man with hair (photographer) taking the surgical knife. 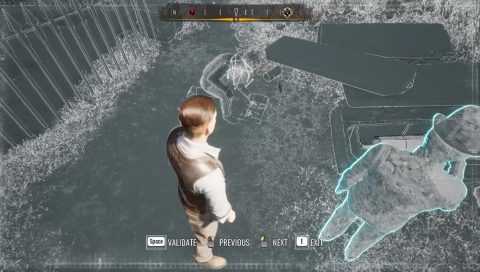 4) Come back to the side path and place the bald man with the shovel standing over the man on the ground. 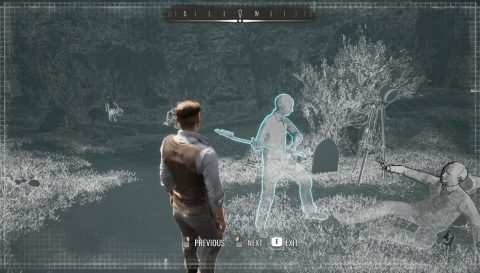 5) Lastly place the man with hair (photographer) stabbing the man on the ground. 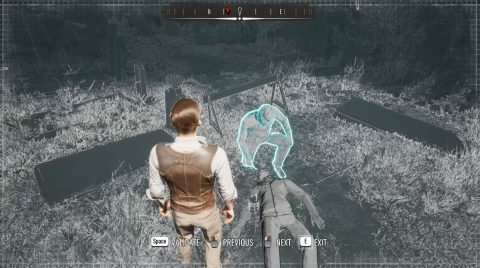 This case is a little trickier than past cases. The professor came to exhume the body and was caught by the brother of the deceased who killed him with a shovel. The graveyard keeper ran but fell and hit his head on the stone. The photographer was hiding but came out and punctured the neck of the two victims to make it look like a vampire.

Return to the Police Station and let the clerk know of your findings. This finishes What Was Did in the Shadows. Check the notice board for the next case.

Back: Sherlock Holmes Chapter One          Next: The Scapegoat