Sherlock Holmes Chapter 1 is a detective thriller featuring a young Sherlock Holmes. It takes place on a Mediterranean island of Cordona where you’ll explore all the sights in order to stay one step ahead of your enemies.

The “Chapter 1” in the title refers to the beginning of Sherlock’s career rather than the first chapter in a series of games. The Deluxe Edition comes with the Season Pass that includes all the DLC, Saints and Sinners, Beyond a Joke Quest, Mycroft’s Pride Quests and the M for Mystery Quests.

Sherlock Holmes Chapter 1 helps you to emulate the detective skill and deductive reasons of the great detective. When you’re first on a case you’ll need to search for clues and interview the witnesses. You’ll also be able to focus in on specific individuals to pick up on certain bits of information or character traits. 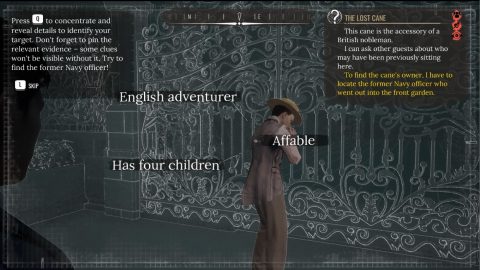 Once you have a few clues you can open your Casebook to review them and pin evidence on the screen. Pinned evidence becomes the topic of focus when talking to other people and witnesses.

Once you have enough evidence and have spoken to the witnesses you’ll be able to use your imagination to reconstruct the scene. Place the people where you think they should go based on the evidence and you should have a good idea what happened. 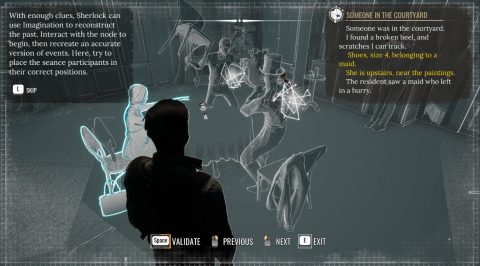 The Mind Palace is where you go to connect the dots. It’s made up of the clues that you’ve found along the way. You can connect two clues together using logic and make a deduction. Quite often the deductions are obvious but sometimes it’s not so clear and you’ll need to choose which path to take. 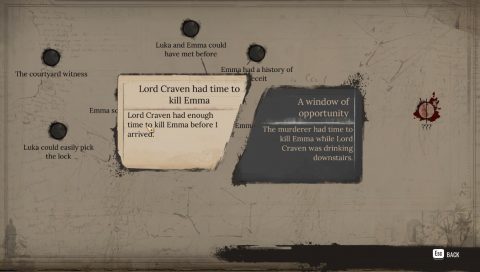 There are a few other game mechanics that will help you solve a mystery such as chemical analysis. Once you find a sample you’ll need breakdown the chemical components to see what you find.

Then there’s combat, which is not a strong point of this game. Occasionally Sherlock will need to blast someone or try to arrest them. Easier said then done. To arrest someone you’ll need to get them off balance by shooting something specific like a lamp or piece of armor. Then you’ll need to perform a QTE successfully. It may be easier just to kill them but you won’t get as much of a reward if you do it that way. 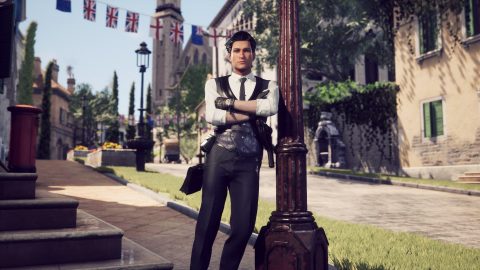 There’s no Dr. Watson in this game as it takes place before Sherlock and he met. Instead you’ll have Sherlock’s imaginary friend, Jon, as a companion. He’s a great character and will have a lot to say about Sherlock’s progress and behaviour throughout the game. 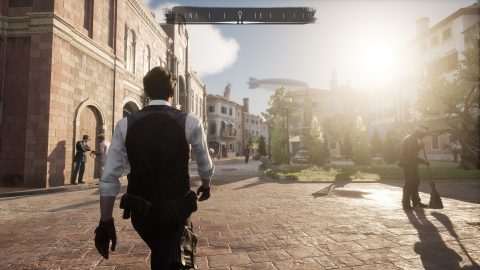