Psychonauts 2 is a quirky platform adventure game by Double Fine Productions and has just been released for Xbox One, PC and PlayStation 4. It’s a witty and hilarious sequel that will thrill you every step of the way.

Psychonauts 2 offers a feast for the senses with an imaginative and beautiful world. The sound effects are haunting with great voice acting. Along the way you’ll explore a number of hub areas that will lead you off in side quests, searching for collectibles or chatting with the other nutty characters.

Razputin Aquato, better known as “Raz”, is a trained psychic and acrobat. His dream of becoming a Psychonaut has been realized but the agency is in trouble. Their leader was kidnapped and hasn’t been the same since he returned. There’s also a mole hiding somewhere in the Psychonaut headquarters.

Psychonauts 2 is a 3D platformer that combines gameplay and story to keep you entertained for hours. Part of the game involves hectic platforming and combat the rest is exploration and story. The collectibles are a resource that you can use to level up your powers. You’ll want to upgrade your Telekinesis, Psi Blast and Pyrokinesis skills to keep up with the difficulty curve. 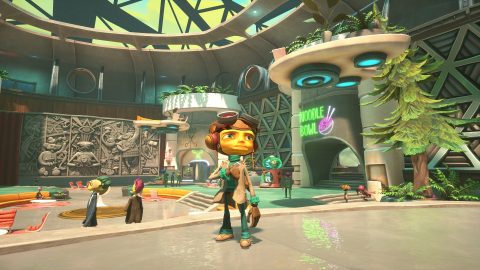 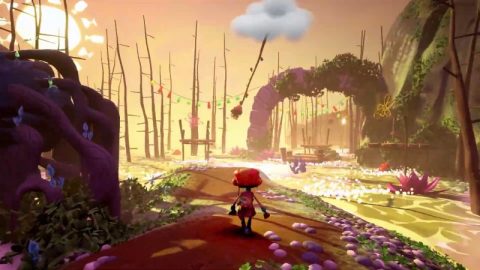 There are three hub areas to explore and they’ll let you take on extra assignments, pursue side quests and get to know the other Psychonaut interns. There are plenty of enjoyable distractions here as you chase down collectibles and interact with the cast of characters.

Psychonauts 2 is a whacky ride from start to finish. You’ll be exploring an imaginative world while platforming through beautiful scenes, solving puzzles, fighting bosses and interacting with a loony cast of characters. 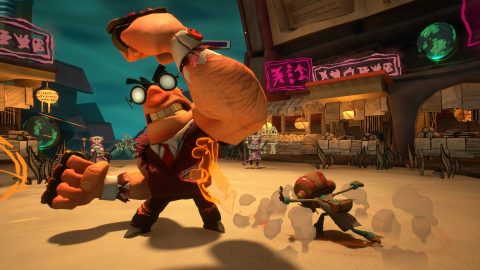 If you’re a fan of the first Psychonauts you’ll defintely want to check out Psychonauts 2. It’s not necessary to play the first game before this one. Psychonauts 2 is a successor to Psychonauts but you won’t feel too out of place starting with the second game in the series.