Vigrid is the final sector for this campaign. You’ll be flying a Rapier with Knight as your wingman. For the next two missions  you’ll have to defend the Tiger’s Claw from roaming Kilrathi fighters and head out to destroy the Sivar once and for all. 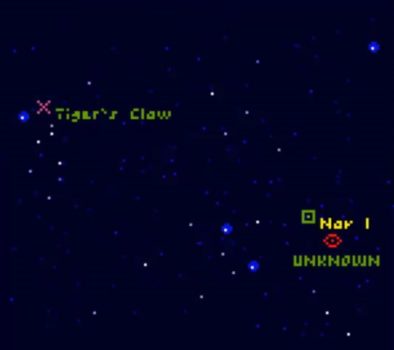 Objective: Strike mission to destroy one of the last cap ships of the Kilrathis fleet. Come back and defend the Tiger’s Claw.

On the way to Nav 1 you’ll run into 2 Jalthis. At Nav 1 you’ll find the Ralari escorted by another 2 Jalthi. After you destroy the fighters 5 Grathas will drop in.

When you make your way back to the Claw it’ll be under attack by 2 + 3 + 3 + 3 Grathas. Stay near the Tiger’s Claw and taunt any fighters that get too close. If Knight survives to help you out it shouldn’t be too much trouble. The Claw may also take down a Gratha or two on its own. 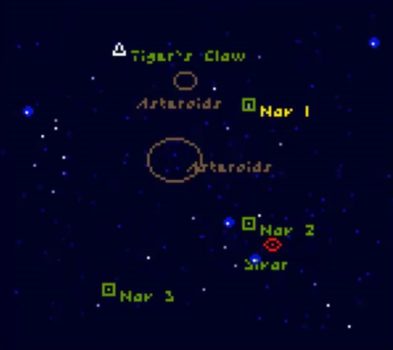 Objective: Take out the last of the escorts and then destroy the Sivar.

The Tiger’s Claw will be moving throughout the mission so that you’ll come back to it after reaching Nav 3. At Nav 1 you’ll find the last Fralthi escorted by 4 Krants. Try to save your fuel and missiles foro the big battle at Nav 2.

Nav 2 is where you’ll find the Sivar. It’s guarded by 2 Krants, followed by 6 Jalthi and then 6 Grathas. Take out all of the fighters before destroying the Sivar.

As you make your way back to Nav 3 you’ll be attacked by 4 Krants. Save a little fuel so you can run away from them back to the Tiger’s Claw or take them out if you’re not too beaten up from the previous battle.

Congratulations on completing this tough campaign!

Back: Wing Commader: The Secret Missions