With the Star Port destroyed and no Kilrathi aware of it many ships will be flying back for fuel and repairs. Your mission is to destroy all incoming ships so the word doesn’t get out that the Star Port has been destroyed. For the next two missions you’ll be flying a Rapier with Iceman as your wingman. Iceman is actually pretty good and should help you take down a few Kilrathi. 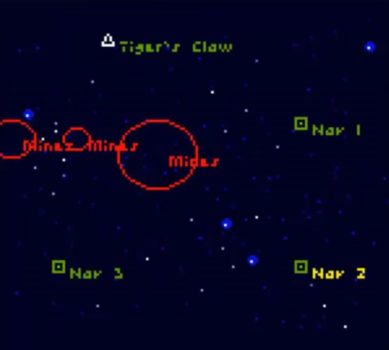 Objective: Strike mission to take out many of the Sivar’s escorts.

There’s plenty of action in this mission with 5 large ships and over 20 Kilrathi fighters. Nav 1 has 4 Krants and a Lumbari. Nav 2 has 4 Jalthis and a Dorkir.

Most of the action will be at Nav 3 which has 2 Fralthis escorted by 4 Krants and 2 Grathas. Once you’ve taken out the fighters another 2 Grathas and 2 Jalthis will appear. Luckily the Rapier is a great little ship and you should have no problem taking out this small fleet.

Your instructions where to head back to Nav 1 rather than going through the minefield to get to the Tiger’s Claw. On your return to Nav 1 you’ll find a Ralari with 3 Grathas. Take them out and head back to the Claw. 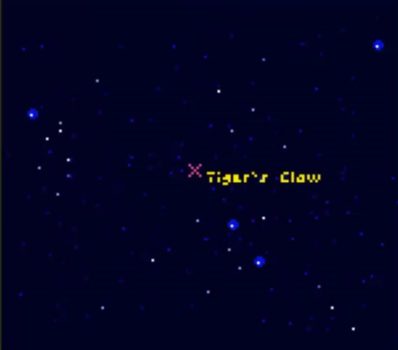 Objective: With the Kilrathi Star Port gone there are many roaming ships looking for a place to land. Protect the Tiger’s Claw from all Kilrathi ships.

The Tiger’s Claw will be immediately under attack. The first wave will be 4 Krants, then 3 Jalthis, 3 Grathas and finally another 3 Krants.

Stay close to the Claw and taunt any ships that are sitting still shooting at the Claw. You may need to taunt them a few times to get there attention.