It’s been a busy week with a new walkthrough being added, King’s Quest: A Knight To Remember. This adventure game goes through some of the untold stories of King Graham. There’s a few references to old King’s Quest games that only die hard fans would be aware of.

So far the latest release of King’s Quest looks very promising and I’m starting to warm up to the play style. For a start there’s no point and click like previous adventure games. There’s only an action button and an inventory screen. END_OF_DOCUMENT_TOKEN_TO_BE_REPLACED 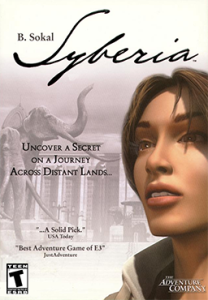 We have just begun work on producing the Syberia walkthrough. This is a beautiful adventure game where you play the role of American lawyer Kate Walker who has been sent to a remote French village in order to secure the buyout of a toy company.

The story takes many twists and turns and has a lot of beautiful scenery as you make your way through France and Eastern Europe.  Syberia is a semi-realistic game with steam punk elements.

Syberia won many awards when it was released in 2002 and has since spawned Syberia 2. Later this year or possibly in early 2016 Syberia 3 is expected to be released.

In Space Quest 1 you play as janitor Roger Wilco. While sleeping peacefully in your broom closet you awaken to find the ship has been taken over by aliens who have killed all of your crewmates and taken the Star Generator.  You must find your way off the spaceship Arcada, work your way through the desert of Kerona and find the Deltaur to destroy the Star Generator. END_OF_DOCUMENT_TOKEN_TO_BE_REPLACED 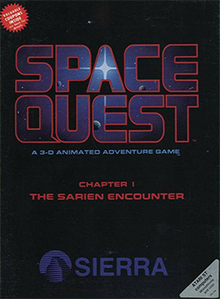 While taking a nap in his broom closet Roger awakens to find the space ship he is on, the Arcada, is boarded and taken over by the Sariens. The Sariens have taken the powerful Star Generator that is capable of destroying entire planets. Can this bumbling cleaner save the day and stop the Sariens once and for all?