Shards of the Alliance

Escort Kael’thas and his Caravan – Escort the supply wagons across the river. At least two of the wagons must survive. 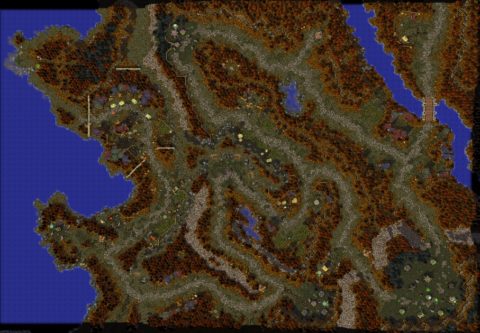 Shards of the Alliance Walkthrough

While Malfurion goes off to commune with the forest Maiev and Tyrande meet Prince Kael’thas and agree to escort the caravan in return for help defeating Illidan.

Escort Kael’thas and his Caravan – The caravan won’t move forwards until all of your forces are in front of it. This leaves it susceptible to being attacked from behind when you’re not looking. Keep at least a few of your units ready to run to the back of the caravan at any time.

Retrieve Supplies – Lead the caravan down to the south and you’ll be given an optional quest to find the hidden caches of gold. Having extra gold means you can buy mercenaries along the way.

Head to the left and take out the small Undead camp. One of the creatures will drop a Ring of Protection +3 and the crates behind the camp have the first hidden cache of gold and lumber.

Continue along the path along the southern edge. Have your Giants pick up trees on the northern side of the path to reveal a small clearing that Maiev can blink into. Destroy the crates for a Ring of Regeneration.

Continue west to the second Undead camp with the second cache of gold and a Scroll of Animate Dead. Continue north and at the fork in the road go south east first of all for the third cache of gold. Then continue along the path to the north.

If you take the safer option there is a small camp hidden in the woods to the north (southern side of the path). Here you’ll find the Talisman of Evasion.

Continue along the path until you come to the bridge crossing the river. Tyrande will hold off the evil forces while everyone else escapes.

Next: Chapter 7: The Ruins of Dalaran