Elden Ring is a new action fantasy game by FromSoftware Inc and was awarded the Most Wanted Game by the Golden Joystick Awards. Elden Ring was directed by Miyazaki Hidetaka, the designer of the original Dark Souls series. It was also designed in collaboration with George R. R. Martin who helped with the setting and creation of this fantasy world.

Elden Ring could be described as a masterpiece. It’s set in a large world in what’s known as the “Lands Between” and ruled by a host of demigods who each hold a shard of the Elden Ring. You must traverse the land, find the demigods and bring back the shards to restore the Elden Ring.

The environments are jaw-droppingly beautiful and the level design and combat mechanics are perhaps the best FromSoftware has ever created. The world at first glance seems massive. To complete the game may take 80+ hours. 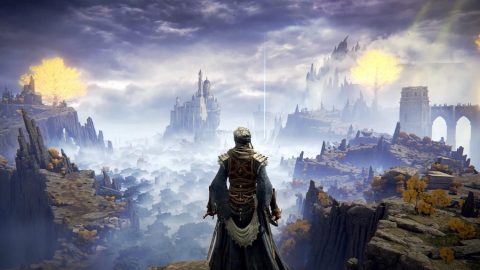 Elden Ring is a Dark Souls game and has all the unique characteristics we know and love about Dark Souls. Even if you’ve missed all the previous FromSoftware games you may still want to give Elden Rings a try. The combat may be fairly difficult but as the game is almost entirely open world you can leave an area if it’s too hard and come back to try it again later.

The environment is simply stunning. Mists will roll off the hills, caves will be pitch black until you bring in a torch and rain will start pouring down as you’re walking across the ramparts of a castle. The reflections on the water and light filtering through the trees do look amazing. The game also plays with height and depth like no other game I’ve seen. From towering cliffs to deep valleys there’s a massive world to explore.

While the world of Elden Ring is large it’s also dense with things to explore. There’s very little empty space. Head off the main path and you might wander into the entrance to a deep catacomb that has nothing to do with the main story. There’s lot of side areas to explore and some of these are also the most detailed and complex in the game. There are surprises hidden all across the map and you never know what you’re going to run into. 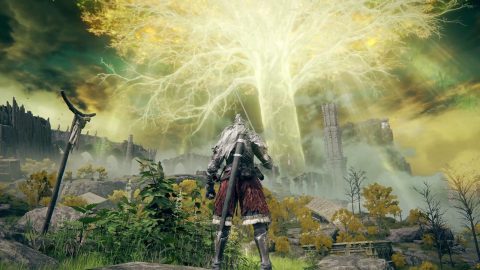 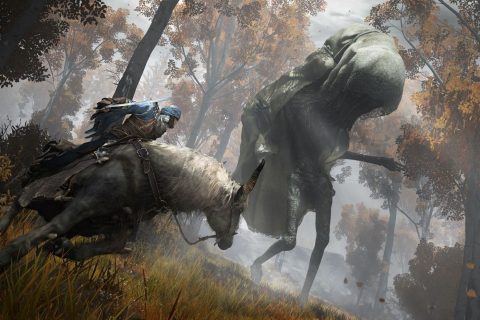 Each of the Elden Ring areas is expertly created and some of them are truly massive. There’s also a hub area where you can rest for a bit and talk to some of the NPCs you’ve met along the way.

Combat is the main theme of the game. It has been refined since the Dark Souls games and you’ll intuitively want to use most of your combat strikes rather than depending on just one. Every part of the weapon move set feels just right and you’ll want to use them.

The two combat mechanics that have been added are guard counters and breaking an enemy stance. To guard counter you block and attack, either with a shield or two-handed weapon. Block and press heavy attack to perform a strong and quick counterattack. Every enemy can have its stance broken. Once broken you can follow up with a critical hit. Some ways to break a stance are with heavy attacks, jumping attacks and guard counters. 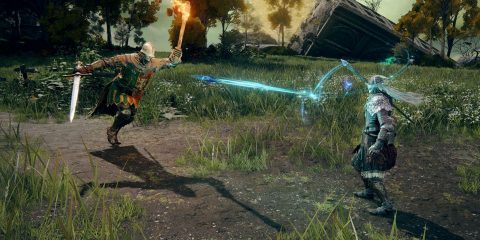 Combat isn’t just melee, there’s also ranged attacks, magic and mounted combat on horseback. Spirits of slain enemies can be summoned to help you if you’re struggling with a boss fight. There’s also a crafting component where you can gather resources and craft items. If you don’t enjoy this type of thing you can mostly ignore it.