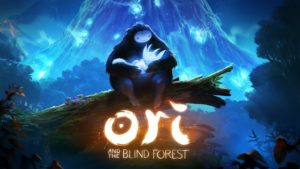 Ori and the Blind Forest has won numerous awards in artistic achievement, music composition and animation. It’s an indy game by Moon Studios and a delight to play.

You begin the game as Ori, a small forest spirit who was lost from the Spirit Tree during a storm and forgot who he was. Your heroic task is to bring Ori back to his home and save the forest from dying. You’ll gain more abilities as you go and be able to spend experience points on three different skill trees.

This adventure game is incredibly fun but also challenging. Below you’ll be taken through each of the visually stunning areas and shown how to complete all of the puzzles and find all of the secrets. If you enjoy this game make sure to check out the second in the series, Ori and the Will of the Wisps.

Ori and the Blind Forest Walkthrough

Ori and the Blind Forest Abilities

Ori learns most of his core abilities through Ancestral Trees except for the Spirit Flame and Kuro’s Feather which are story events.

You have 3 skill branches to invest Ori’s ability points in, Survival, Exploration and the Offensive line. You should note that none of the additional skills are required to beat the game. In fact there is an achievement for winning the game without using a single ability point.

What is the best skill point build? This really depends on your gameplay. Investing ability points in the survival branch makes the game much easier, especially once you get to the triple jump. The offensive capabilities are handy but not essential as most deaths will be due to environmental damage. The exploration line is great for finding secret areas and extra pickups but you can look online for this information as well.

Ori and the Blind Forest was designed by indy developer Moon Studies and release on the 11th of March 2015 for Windows, Xbox 360 and Xbox One. It’s a platform adventure game that takes place in the forest of Nibel. The developers worked on the game for four years before it was acquired by Microsoft and the game takes its inspirition from Rayman and Metroid.