Return to Monkey Island continues the story of the classic point and click Secret of Monkey Island adventure games by Ron Gilbert. It features memorable characters, both old and new, with witty dialogue and clever puzzles. There’s plenty to explore, new islands to visit and a secret to uncover.

Return to Monkey Island is set just after the events of Monkey Island 2. Good old Stan has been imprisoned for “marketing-related crimes”, Murray and Otis have returned, a new pirate leader has taken over and Guybrush is still fighting the zombie pirate LeChuch for the love of his life.

The game is a nostalgic feast for Monkey Island fans and is primarily aimed at that audience. New players may not get some of the jokes but hopefully it would be an enjoyable adventure for them as well. It takes the graphics from the 90s and modernizes them without straying too far from the original. Some of the voice actors have changed but this can’t be helped. The Caribbean music is also wonderful.

The puzzles are what you would expect but tend to be more rational than some of the previous games. There are lots of items to collect and use in various ways but once you’ve found the solution it tends to make sense. 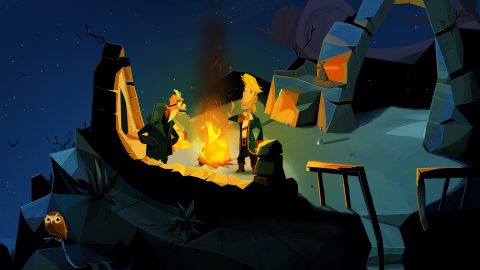 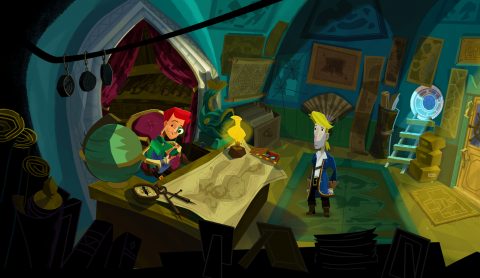 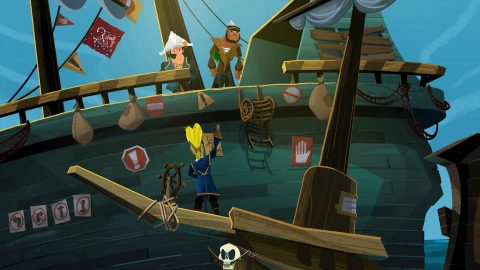 If you do get stuck there’s an intuitive help system that will give you a series of hints rather than spoiling the answer right away. This still gives you the feeling of having accomplished something and figuring out the puzzle mostly on your own. It strikes a good balance between puzzle difficulty and in-game help system.

The Return of Monkey Island is primarily for fans of the series who will enjoy the return to point-and-click adventure games. Some people have complained that the ending feels a little bit rushed. Mostly, however, the game stays true to the original and will hopefully provide about 8 to 12 hours of fun with a bit of laughter along the way.