From the outset you can tell that this isn’t just a quickly mashed together collection of games. It’s well thought out, runs like a dream, and plays just like you remember in the old days.

Thankfully there are some quality of life improvements for modern gamers. For starters you’ll be able to save the game anytime you want. You can also rewind and try again. This is essential for some of the more notoriously difficult games. You can button map your controls and also play online for certain games.

The 13 games are ported perfectly and each of them are faithfully recreated as the were designed decades ago. Whether you want to bring back old memories of fun times playing one of these games or finally beat TMNT (NES) you’ll be able to do it with the Cowabunga Collection.

Teenage Mutant Ninja Turtles (Arcade): The hit arcade game released in 1989. It’s a beat ’em up side scroller for up to 4 players. You’ll fight through various levels and defeat the Foot Clan, Shredder and Krang.

Teenage Mutant Ninja Turtles (NES): Also released in 1989 and cousin to the arcade version. You start off playing as Leonardo but can switch to any of the other turtles at any time. Each of the turtles has their own weapon, speed, power and reach.

Teenage Mutant Ninja Turtles II: The Arcade Game (NES): Based on the arcade game but with a lower difficulty, two new stages and a new boss. 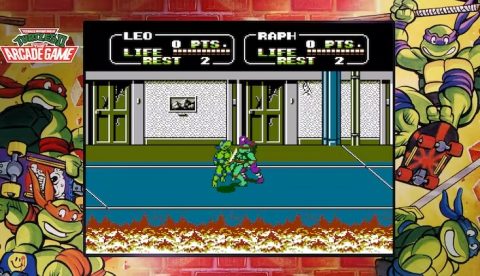 Teenage Mutant Ninja Turtles: Tournament Fighters (NES): This and the following two games share the same name but are different fighting games based on the TMNT franchise. In the story mode you’ll be facing off against the other turtles, then Casey Jones, Hothead and finally Shredder.

Teenage Mutant Ninja Turtles: Tournament Fighters (SNES): The turtles enter a tournament to prove their strength and to stop Shredder from winning. There are 10 characters available and 2 bosses. In story mode you’ll travel across the US in a blimp to rescue April and Splinter, defeating enemies along the way. 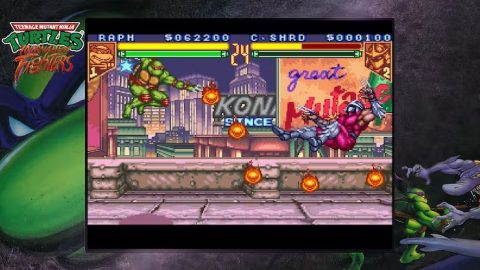 Teenage Mutant Ninja Turtles IV: Turtles in Time (SNES): A high quality port with brilliantly animated graphics. Features fun combat where you can even throw enemies into the screen. Shredder steals the Statue of Liberty and then sendds the turtles through a time warp. The turtles must defeat Shredder’s army in the past and future before finding a way home and returning the Statue of Liberty. 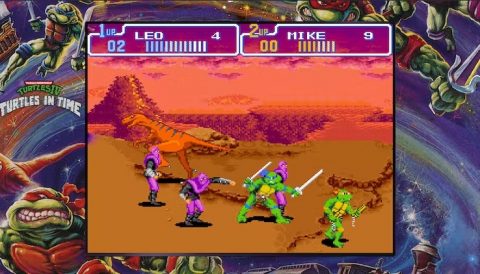 Teenage Mutant Ninja Turtles: The Hyperstone Heist (Genesis): It uses many of the same art assets as TMNT IV so the animations really pop. Unfortunately there’s no ability to throw enemies into the screen. It’s shorter than the TMNT IV version but does feature a few new stages and bosses.

Teenage Mutant Ninja Turtles: Fall of The Foot Clan (Game Boy): Battle through 5 stages and defeat the boss at the end of each. You can begin from any stage but you’ll only see the full ending if you start from Stage 1.

Teenage Mutant Ninja Turtles II: Back From The Sewers (Game Boy): Similar to the first game in the series but features some extra game elements such as skateboarding stages and air lifts.

Teenage Mutant Ninja Turtles III: Radical Rescue (Game Boy): You begin with Michaelangelo and must rescue the other turtles, Splinter and April. Each turtle has their own unique ability which you’ll need to win the game.