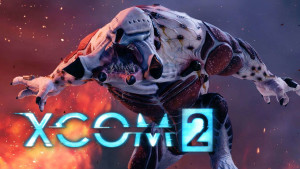 If you’re a fan of XCOM you’ll no doubt be aware that the latest installment, XCOM 2: Resurrection, will be available on the 5th of Feb, 2016. XCOM 2 is a turn-based tactics game developed by Firaxis Games and published by 2K Games.

XCOM 2 takes place 20 years after the war ended in XCOM: Enemy Unknown. Unfortunately for the Humans, the enemy won and have taken over the planet. Your goal is nothing less than to overthrow the Alien occupation and win back the planet. XCOM 2 features new specialists, abilities, weapons and aliens.

Your new recruits can head down five different paths and we’ll briefly take a look at all of the current classes for XCOM 2 below.

The Ranger is a close combat specialist. They’re nimble enough to deftly move around the battlefield but but if they find themselves in close quarters with an alien it’s just a matter of pulling out their sword and slashing away until the enemy is dead.

Rangers also come equipped with either a shotgun or assault rifle depending on your personal preferences. The Ranger is quite versatile, able to stand toe to toe with an alien or stand back and shoot it out with the rest of your crew.

Grenadiers are all about blowing things up and getting the job done. This class is an evolution from the Heavy of XCOM: Enemy Unknown and has the ability to deliver area-of-effect attacks at a distance. The Grenadier can further specialize into the use of demolitions or the minigun.

The Sharpshooter of XCOM 2 is similar to the Sniper of XCOM: Enemy Unknown but also gives you the option of specializing in pistols. Some of the skills they can learn include Death from Above which grants the unit an extra action if they kill an enemy at a lower elevation and Fan Fire which lets you shoot a pistol three times in a turn.

Specialists are an entirely new class to XCOM 2 and are more technology minded than the other classes. The Specialist is able to take control of an unmanned drone called the Gremlin, hack into enemy terminals and turrets and support your other team members by giving them buffs.

Psi Operatives have unique and powerful abilities including using psionic energy for devastating attacks, causing an enemies explosives to explode, providing team mates with Stasis Shields and even completely taking control of the actions of an enemy through Domination.

XCOM 2 features new aliens to keep you on your toes. Playing on the harder difficulties will certainly be a challenge with Vipers, Gatekeepers, Andromedons and the like on the field. Not only do you have to deal with new aliens but a group of humans called the Advent who have joined the aliens cause and fight on their side. Here’s a few enemies you’ll face in XCOM 2: Resurrection.

The Gatekeeper is a floating alien with psionic abilities. It can resurrect nearby fallen comrades and sap the life of a soldier with a touch. Definitely something you want to stay away from. 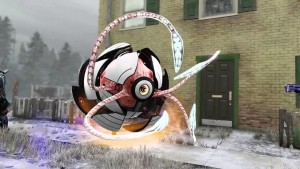 The Beserker is the toughest melee unit of XCOM 2 and not something you want to mess with. She has the ability to become enraged and attack nearby units. 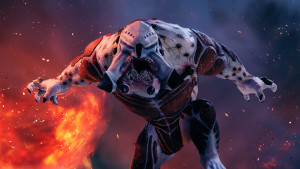 This venom spitting alien is a danger at close range and from a distance. She has the bind ability to wrap herself around soldiers and incapacitate them. She also comes equipped with a gun so she can shoot if she can’t get close enough to your soldiers. 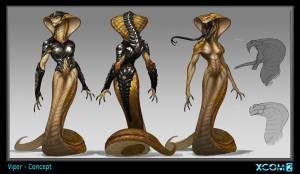 The Sectopod is part of the Advent force and is a walking robot that’s immune to psi attacks as well as poison and fire damage. It has area-of-effect attacks and uses high energy beam weapons. In High Stance mode this robotic beast stands two stories tall, giving it the high ground in most situations. 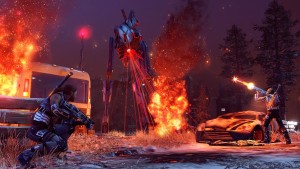 These are just a few of the enemies you’ll face in XCOM 2. Much more will be revealed once the game is released on Feb the 5th!