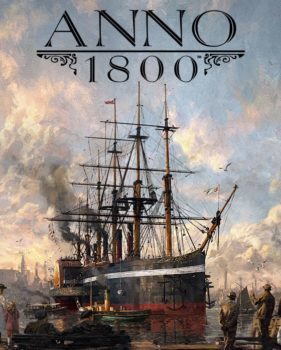 Anno 1800 was one of the most anticipated city building games of 2019 and has just been released by Ubisoft. It returns the franchise to its historical roots, focusing on the dawn of the industrial revolution in the 19th century.

The last few releases in the franchise, Anno 2205 and Anno 2070, may have been a little too futuristic for some players. Anno 1800 returns to the beautiful and charming setting of the old world. A time rich with exploration, trading and scientific discovery. Like all the other games in the Anno series, Anno 1800 is a visual delight and a joy to play.

Anno 1800 features three modes of gameplay, a story-based campaign, a sandbox mode and multiplayer. The developers have brought back randomly generated maps, individual AI opponents and shippable trade goods. They’ve also included a few new features such as the blueprint mode that lets you plan out your buildings without needing to construct them.

Building a thriving civilization in the 19th century comes with its own challenges. Every factory you construct will increase the cities pollution. Citizens and tourists are naturally drawn to clean, attractive land. As you build more factories the attractiveness rating of the city will fall. If you want to keep and your citizens happy, and attract tourists to your island, you’ll need to find a balance between industrialization and having a clean and pretty city.

Each city has different classes of people, farmers, workers and artisans. They each work different roles in your city and want different things to keep them happy. The higher classes usually want more eloquent goods.

The Anno 1800 Season Pass includes three DLCs, The Sunken Treasure, Botanica and The Passage. These include a new continental island, a treasure hunt with an eccentric inventor, botanic gardens and a new Arctic adventure.

Anno 1800 was released on April 16th 2019 and is available for purchase on the Ubisoft website.