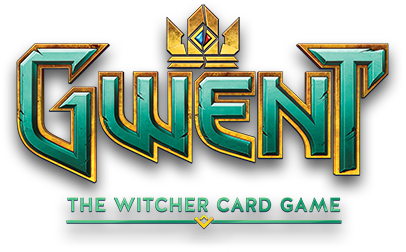 Gwent is a free-to-play card game released by CD Projekt RED and set in the fantasy Witcher world. It’s a cross-platform game so that you can play against people using a different platform. Gwent is currently in closed beta but will be released soon on Windows, Xbox One and the PlayStation 4.

Gwent is played over three rounds with decks comprising of between 25 and 40 cards. There are five factions and neutral cards that can be played with any faction. Each faction has its own unique ability and each faction has faction leaders with their own abilities that can be used once each game.

The Monsters faction is probably one of the easiest to play and they have powerful unique ability to randomly retain of their creatures from one round to the next. The Monsters faction, like all the factions, comes with three leaders. One is available in the starter decks and the others must be crafted.

Eredin – Lets you play Eredin who is a strength 11 unit.

Ge’els – Use this leader’s ability to add +2 strength too all your non-gold units on your side of the battlefield.

The Northern Realms have a faction ability that gives +2 to all gold cards on the battlefield. This brings the normal Geralt card which is already 12 strength to a staggering 14 in strength.

Foltest – Spawn a copy of a non-spying bronze unit on your side of the battlefield. This can be a powerful ability when used on a unit that has already been buffed as the copy will retain the strength of the original.

Henselt – Convert 7 adjacent non-gold units to gold units until they are removed from the battlefield or the round ends. This is a strong ability which combines with the Northern Realms faction ability of adding +2 strength to all gold units.

Radovid – Lock 3 adjacent units and remove 2 base strength from them. Locked units aren’t allowed to use their special abilities so it can be a good counter to some units that have difficult to deal with abilities.

The Scoia’tael faction ability is that at the start of one round you may choose who goes first. The starting player is normally chosen randomly but forcing your opponent to play either first or second could give you a big tactical advantage. Most often you’ll want them to play first in order to force them to use up an extra card if you plan on losing the round anyway or to counter their moves.

Brouver Hoog – Allows you to play a silver card from your deck.

Eithné – Return a non-relentless unit on your side of the battlefield and play it again. This can be used to bring a weakened unit back to its base strength or to use its special ability again.

Francesca – She allows you to redraw up to 3 cards. It’s probably not the best ability but it can be useful later in the game when you may really need a specific card.

The Skellige faction ability is that each of the non-gold units in your hand will get +1 to their strength at the start of the round. This makes your units progressively more powerful as the game proceeds so you may want to hold off till the second and third rounds to bring out the big guns.

Crach an Craite – Use his ability to spawn 2 Clan an Craite Warriors. They have 9 strength but will do 1 damage to themselves when they enter the battlefield.

Harald the Cripple – This ability removes 2 strength from all opposing non-gold units.

Nilfgaard have a faction ability that lets them redraw a card at the beginning of each round. If you realize a card is no longer going to be useful you can redraw one that will hopefully be more useful.

Morvran Voorhis – Look at the top 3 cards of your deck and select one to play immediately.

John Calveit – Allows you to move all spying non-gold units from your opponents to your side of the battlefield.

Gwent is played over three rounds with a limited set of cards. The cards you draw in the beginning are more or less the cards you will use for the entire game. For this reason you want to limit the number of cards you have in your deck to the minimum, which is 25 cards. This increases your chances of drawing the rarer, more powerful cards.

Secondly, card advantage is essential. If you can beat your opponent by playing less cards or forfeit the round after they’ve overextended themselves you’ll have a big advantage for the following rounds.

When drawing your initial hand get rid of any duplicates that you don’t think will be necessary. Some unit cards will bring out other duplicate cards in the deck so make sure you only have one of these in your hand and redraw the rest.

The Monsters faction allows you to keep one creature on the table after each round. Other units have resilience and there are some special cards that do the same thing. When playing a unit with resilience you’re essentially preparing for the next round while hopefully buffing up your strength for this round. Buffing units with resilience effectively doubles their impact because the buff will remain for two rounds unless countered.

Getting new cards in Gwent is actually quite difficult as you need to either craft it with scraps or get lucky while opening a keg. For this reason you should focusing on building up one of your starter decks rather then collecting one of every card.

Milling spare cards for scraps can help you build up your deck. You can also mill cards that you’re pretty sure you’re never going to use but bear in mind that strength or abilities of the card may change as the game is updated. With the spare scraps you can then purchase the cards that are really going to help with your deck.

Don’t give away your game plan too early. Playing a weak unit as your starting card shows that you’re not really interested in winning the first round. Likewise, if you play a very powerful card then your opponent may just forfeit the first round. You’ll win the round but you’re also down a very good card that may not have been needed.

If you’re losing matches in the beginning don’t worry about it too much. It takes time to build up a good deck and to work out the synergies of each faction. Even when you lose you’ll begin to figure out what cards work well together.

Gwent: The Witcher Card Game is still in closed beta so some things may change. If you have an Xbox One or PC you can put your name down to be given access through the PlayGwent website here.