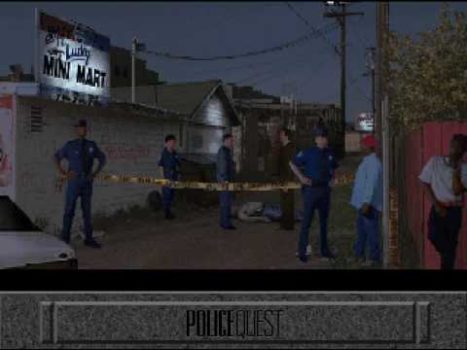 Police Quest 4: Open Season is the fourth instalment in the popular Police Quest series. This game diverts from the previous three in that it follows the story of homicide detective John Carey, rather than Sonny Bonds. Police Quest 4 also features real life locations with digital photographs and begins in South Central Los Angeles.

Police Quest 4 throws you straight into the deep end with the murder of one of your fellow police officers. You’ll need to follow proper police procedure as you investigate the crime scene and speak to the witnesses. You can follow the full walkthrough below.