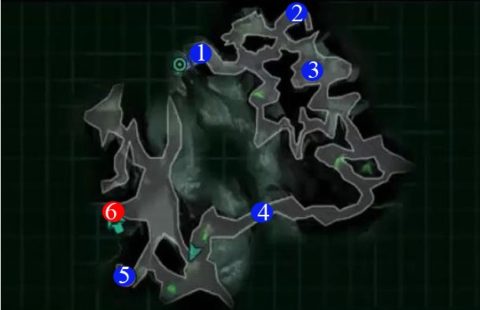 The Ebon Hawk crash lands once again and your main character is seperated from the rest of the crew. You’ll need to make your way to the exit (#6) which leads to the Depths.

1) Crash Site – This is where you begin your exploration of this area.

2) Republic Crash Site – There’s nothing to do here now but you’ll come back here as Bao Dur’s Remote.

3) Storm Beasts – A few Storm Beasts to deal with . They do a lot of damage but should go down fairly quickly to your lightsabers.

4) The Beast – When you reach this point you’ll see a cut-scene where a large beast is being let loose to attack you.

6) Exit to Depths – Once you reach this point head through the exit to the Malachor V Depths. 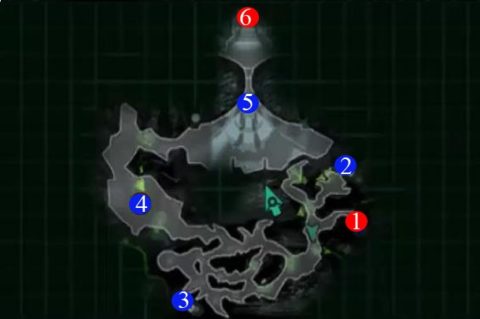 5) Mira vs Hanharr Battle – Once you reach this point you’ll switch over to Mira if you’re playing the lightside in a final battle against Hanharr. He has a powerful melee attack so keep running away to heal up and shoot at him from a distance. Eventually you’ll be able to take him down and then you’ll get to choose whether to let him live or to kill him.

6) Exit to Trayus Academy – Leave the Depths and you’ll switch over to Bao Dur’s Remote.

Once your main character enters Trayus Academy you’ll see a cut-scene of Bao Dur talking with his Remote. As the Remote you must go back and visit all of the Republic Crash Sites. Use the damaged consoles at each location to power up the Shadow Generator. You’ll need to find the two crash sites on the Surface and the two in the Depths to complete this mission.