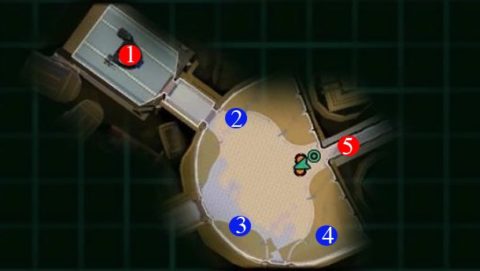 You have two main goals here. The first is to free a man named Dhagon Ghent and the second is to get him to set you up with a meeting with a Jedi Master named Kavar.

1) Exit to Mandalorian ruins – You won’t be able to leave Onderon until you have completed your main quests and met with Kavar.

2) Port Master – when you enter Onderon you’ll be issued with your own personal Starport Visa. There are numerous people all trying to get their hands on a visa as it’s the only way you can leave Iziz. You’ll be able to find two more visas that need to decide who you want to give them to for credits, Light Side or Dark Side points.

Just behind the Port Master is a News Terminal. You can use the terminal multiple times to catch up on all the news.

4) Beast-Rider – There are many Beast-Riders in the city of Iziz. They come from outside the city and have learnt to tame the animals. While talking to him one of his larger beasts escapes its cage. Once you’ve killed it you can threaten him for a 1,000 credit reward and Dark Side points or refuse the reward for Light Side points.

5) Exit to Merchant Quarter – As you try to enter further into the city of Iziz you’ll be stopped by Guards at a checkpoint. They’ll ask about your business but whatever you say they’ll let you through. 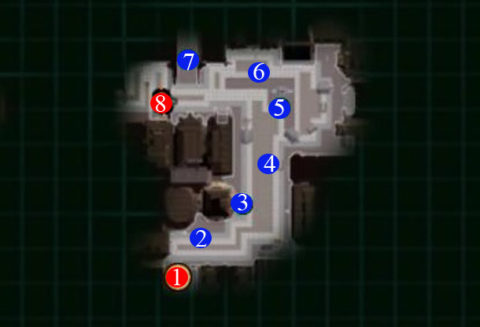 2) Captain Gelesi and Other Citizens – When you enter this area your Starport Visa will once again be checked. On this southern side you’ll also find a number of citizens. One of them is being harassed by the guards. You can convince them to let him go for Light Side points or have him arrested for Dark Side points.

Next in line is a lady called Terlyn with two kids. She desperately wants a Starport Visa after her husband was killed. You can give her one of your spare ones, once you have the, for Light Side points.

Next you’ll find Tolas who also wants a Starport Visa and is prepared to pay 2,000 credits (3,000 credits with Persuade) for it.

3) Captain Riiken – This is the captain that is guarding the tower where Dhagon Ghent is being held. You can talk to him now but won’t be able to free Dhagon until you have figured out a way to clear him of any wrongdoing by talking to people in the Cantina.

4) Gegorran the Merchant – Here is another merchant selling weapons although he is being scrutinized by a nearby soldier. Once you have more reputation in the city of Iziz after meeting the Jedi Master Kavar he will refuse to do business with you so buy what you need now.

5) Ponlar – This man is speaking to the crowd and trying to convince them to rebel. After you’ve met with Kavar Ponlar will incite the crowd into a riot and you’ll have to choose to fight with them, against them, or to not get involved.

6) Anda (Dark Side Only) – If you have followed the Dark Side Anda will be here and she has an important mission for you from General Vaklu. She wants you to remove three of the Captains. They are Captain Riiken at #3, Captain Gelesi who can be found in the Cantina and Captain Bostuco guarding the Sky Ramp at #7.

Anda will also give you a Military Security Card so you can access the consoles here. There’s one off to the right of her. You’ll recieve 2,500 credits for each captain you get rid of.

Captain Bustuco: Use the console to the right of Anda and check the Sky Ramp camera. Overload the terminal and Captain Bustuco will be killed.

Captain Gelesi: You’ll find him in the Cantina. Either Persuade or Threaten him to leave Onderon with his family.

Captain Riiken: You have two options here. The first is to try to get Riiken to talk about local politics. One of the guards will overhear him and once you’ve freed Dhagon Ghent he’ll be removed.

The second option is to confront him in the Western Square once you’ve freed Dhagon Ghent. Try to confront him away from any civilians otherwise they’ll start asking questions. Kill him and then go back to Anda for the reward.

7) Sky Ramp Guards – You won’t be able to get up there until later.

8) Exit to the Western Square 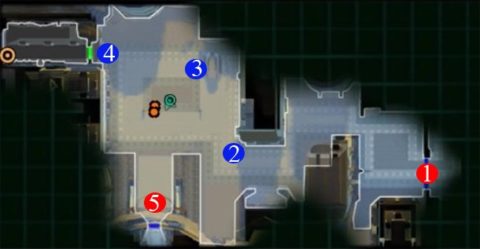 1) Exit to Merchant Quarter – As you enter this area you’ll be confronted by a number of Rodian thugs but they should be no match for your group.

2) Murder Scene – You’ll notice a patch of blood on the ground and a broken droid. Once you’ve learnt about Suulio’s murder you can come back here to search the droid for parts and find it’s head missing.

3) 1B-8D Droid Merchant – Use the Repair skill on the droid to reset the market values and to get more information out of him. He also sells a HK Droid Processor. You’ll need to come back to 1B-8D during the later part of the murder investigation to find the remaining droid parts.

4) Dhagon Ghent’s Laboratory – Speak with the Thug outside the laboratory to find out the Dhagon Ghent is being held in the tower in the Merchant Quarter, the one being guarded by Captain Riiken. Inside you’ll find a few small items in containers and a Lab Station. 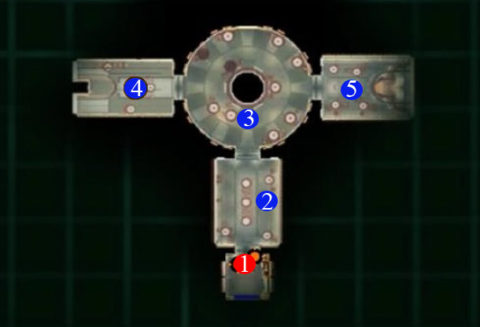 You main task here is to investigate the murder of Captain Suulio. You’ll need to speak with many of the patrons a few times as you uncover more information.

2) Gormo and Captain Gelesi (Dark Side Only) – Captian Gormo needs a Starport Visa and will give you 500 credits for one. If you are following the Dark Side and have the quest from Anda this is where you’ll find Captain Gelesi.

3) Kiph, Sakarie, Xaart and Nikko – In the central room of the Cantina you’ll find a number of characters that you’ll need to interact with. First there’s Kiph, a slicer, who can fix Starport Visas so they can be used by anyone.

Sakerie is prepared to pay the most for a Starport Visa and will give you either 5,000 credits or the Qixoni Crystal which can only be used by Dark Side characters.

Xaart is on a mission from the Republic and also needs a Starport Visa to get off the planet.

Nikko, Ghent’s Friend – Nikko is Ghent’s friend and can vouch for his innocence. You an also play Pazaak with him for up to 250 credits per game.

4) Qimtiz and Swoop Racing – This is the Swoop Racing room and apart from talking with the other racers you can join in for a race for 100 credits per race. The reward for winning each of the rounds is 500, 2,000 and 5,000 credits. You can Persuade Qimtiz for an extra 500 credits.

5) Beast Riders Panar & Bakkel – At first Panar is here and once you’ve freed Ghent will be replaced with Bakkel, the leader of the Beast Riders.

How to Free Dhagon Ghent

Talk to the Thug outside Dhagon’s laboratory in the Western Square #4 to find out the Dhagon is being held in the Tower.

Visit Captain Riiken in the Merchant Quarter #3. He’ll tell you that Dhagon can’t be released until his innocence has been proven.

Head back to the Cantina and speak to Kiph who will tell you that Suulio and Dhagon where having an argument on the night of the murder.

Talk to Nikko about the argument and he’ll tell you that it was common for them to act that way and that they were just playing around.

Go back out to the Murder Scene in the Western Square #2. Search the Droid to discover its head has gone missing.

Return to the Cantina and speak to the Beast Rider, Panar. Ask him about the missing droid head and he’ll tell you that 1B-8D, the Droid Merchant may have it.

Pay the droid a visit in the Western Square and ask to buy the remaining parts for 25 credits.

Return to the Cantina and speak with Kiph. He’ll fix the parts and you’ll see what really happened to Suulio.

Go back to Nikko and show him the evidence. You’ll both go to speak with Captin Riiken and after a short exchange Dhagon Ghent will be released.

After freeing Dhagon you’ll agree to find the Holodisks so that you can arrange a meeting with Mastar Kavar. Bakkel has them and she’s in the Cantina with the Beast Riders. Whatever you say you’ll get into a fight. Kill them all and then search Bakkel for the Holodisks. She also has an open Starport Visa that you can give to someone who needs it.

Return to Dhagon Ghent with the Holodisks and you’ll meet Master Kavar in the Cantina. You’ll be spotted and a fight will ensue with Vaklu’s Thugs. It looks like you’ve overstayed your welcome and it’s time to hightail it out of Onderon.

Make your way back to the Shuttle. You’ll be faced with more of Vaklu’s soldiers and various Bounty Hunters along the way. The Turrets in the Merchant Quarter will be aimed at you as well.

Show your Starport Visa to the guards and take the Shuttle back to Dxun. At Dxun finish up any remaining quests and then take the Ebon Hawk to the next planet. In this case it’s Korriban.