Slaughter Human Refugees – Destroy all 9 of the refugee towns without allowing 20 or more townsfolk to escape.

Slay the Paladins – Destroy the three altars in the center of the map.

Little Timmy can be found through a secret path on the western side of the map. He has a special gift for you. 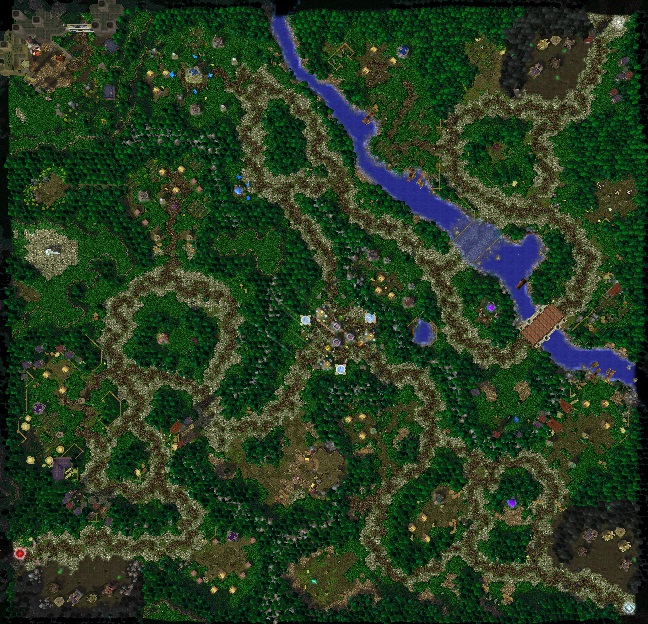 This is quite a tricky first mission for the Undead as you’ll have 3 groups to control with townsfolk trying to flee from all directions. As there are 9 towns to destroy you can have each of your 3 heroes destroy 3 of the towns or just use your best group to run around and destroy all of them.

King Arthas is in the bottom left with Abominations, Sylvanas is in the bottom right with Banshees and Kel’Thuzad with Necromancers in the top right. Each of your groups as separate resources and a max food limit of 40. Build units until you hit the max and separate one of them into 2 groups. One to defend the exit and the other to take out the towns.

Slay the Paladins – As you attack the towns the Paladins will teleport in to help defend them. You can either go for the Altars in the center right away or destroy all of the towns first and then use all of your units to take out the altars. If you destroy the altars firs you’ll  have a much easier time destroying all the towns.

Once all of the towns and altars have been destroyed the mission will be complete.

Next: Chapter 2: The Flight from Lordaeron