Ascent to the Upper Kingdom

Escape the Caverns – You have 10 minutes to find your way out of the caverns before it caves in.

Find the Gold Stashes – There are 3 Gold Coins to be found on this map. 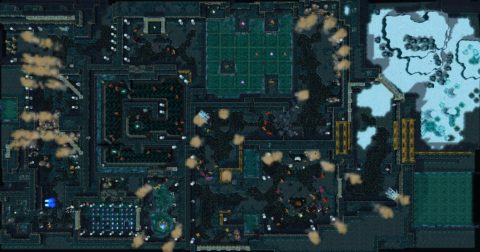 Ascent to the Upper Kingdom Walkthrough

This is a timed mission and you have 10 minutes to escape the caverns. King Arthas has been separated from the rest of the group. Send him south and time your way through the Frost Flames. Grab the first Gold Coin to the right and then pull the lever to the left to open the gates.

Make your way through the Frost Flames again. This time standing on the pressure plates which are safe spots. When you reach the last pressure plate the flames will stop. Pull the lever to the north to open the rolling door. Kill the Arachnathid which drops the Claws of Attack +15 and grab the second Gold Coin.

Head out east to the Fountain and then north. Pull the lever to open the door. One the other side you’ll be attacked by creatures while frost flames fall down from the sky. Make your way around as quickly as you can. Break the small structures to open the force fields. The last structure will open up a force field bridge that you can walk across.

Continue north to a room with Faceless ones. If you want the Hood of Cunning make sure you kill one of them on one of the pressure plates. You can stand on the other one to lower the platform so you can grab it.

Make your way across the moving platforms to the other side where you’ll be reunited with your crew. Move quickly to the south, east and south again, following the passage along. There’s the third and last Gold Coin in a crate to the south.

Head east and take out the Faceless Ones. You’ll find an Orb of Darkness in this room as well. Continue east to exit the map and complete the mission.

Next: Chapter 8: A Symphony of Frost and Flame