Kena: Bridge of Spirits is a beautiful action/adventure game by Ember Lab. It was released on September 21st for Windows, PS4 and PS5. Ember Lab started out as an animation studio and it really shows with these gorgeous graphics and animations.

You’ll play as Kena, a spirit guide who helps spirits unable to move on to their next life. You’ll progress through large zones in a linear fashion so it isn’t entirely open world. There are corrupt spirits to save in each zone and bosses to fight.

Combat starts out as being fairly simple and fast paced. As you improve in your abilities you’ll gain more options. There isn’t a great deal of choice but each of your skills is very useful so nothing is wasted. As you progress you’ll be impressed with how smoothly all of Kena’s abilities join together for smooth combat. 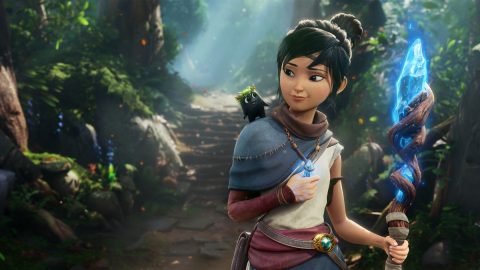 Kena: Bridge of Spirits gameplay is balanced between exploration, combat, puzzle solving and platforming. You won’t feel like your stuck doing one thing for too long. Finished defeating a boss? Now it’s time to solve a puzzle so you can get access to the next area.

We don’t get to learn too much about Kena, even though the character is beautifully designed. We know she’s a spirit guide and has made her way to this dying land for some reason. More is revealed later on in the game but for most of it you’ll be more concerned with helping the other villagers and spirits. 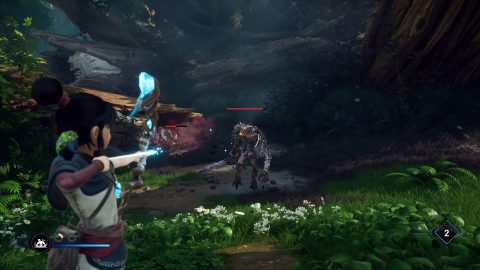 Along the way Kena will find little forest spirits or Rot. They’ll help out occasionally and can even move heavy objects and pull levers. These forest spirits can make the difference in battle, targeting and stunning enemies for a few seconds.

While the combat, exploration and puzzle solving is pretty good the best aspects of this game are Ember Lab’s strengths. That is the animations, character design and environment. Most of the surfaces and textures have a fine level of detail with pleasingly smooth movements. 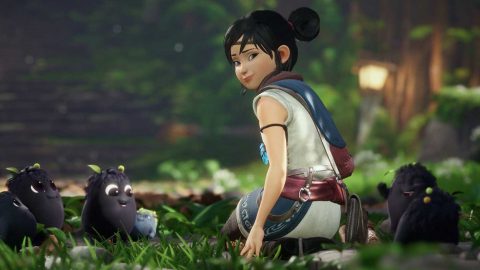 Towards the end of the game some of the puzzles feel a bit formulaic. Some of the mechanics of the forest spirits could be better and some glitches in the jumping puzzles can get a little annoying.

This doesn’t take too much away from the beauty and joy of playing this game. If you like action/adventure games where you get to explore a gorgeous environment then definitely give Kena: Bridge of Spirits a go. 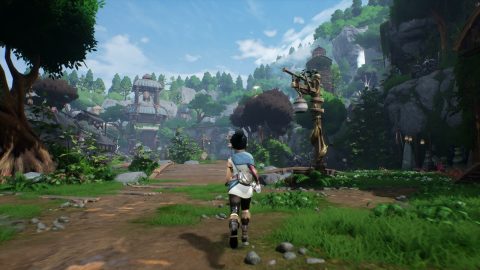