The main story for Hearts of Stone when you see someone placing a contract, Monster in the Oxenfurt Sewers, on the Seven Cats Inn notice board. Read the note and after the short cutscene a side quest Enchanting: Startup Costs will be added to your journal. Follow the quest marker to the Garin Estate.

When you reach the Estate you’ll find it filled with a group of rogues. If you call them a “bunch of idiots” you’ll start a fight with the biggest of them. Once that’s over head upstairs and speak to Olgierd von Everec.

Olgierd tells you that his cook was killed by a monster after he went looking for the prince that was turned into a toad in the sewers. On leaving the estate a woman, Adela, will run up to you and ask you to track down the killer who murdered her friend. This begins the Rose on a Red Field secondary quest.

Follow the map marker to Oxenfurt and use the ladder in the well to climb down into the sewers. Make your way through to the next chamber and then through the grated door to the left. A cutscene will trigger and you’ll meet your old acquaintance Shani. 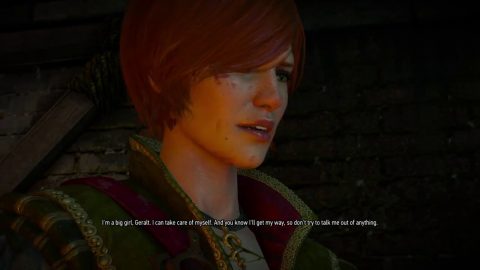 She’s here trying to save a wounded soldier but it’s useless as he is already dead. After a short discussion she agrees to be your guide.

The path ahead is blocked but you can break through the wall with Aard. Make your way through the sewers and fight off the Drowners as you go. Use your Witcher senses to examine the bodies and the patches of slime. Geralt will conclude that the monster likes alcohol.

When you reach the monster’s lair Geralt will lure it out with some alcohol. Eventually the Toad Prince will appear and you’ll be in for one of the toughest fights of the game so far. 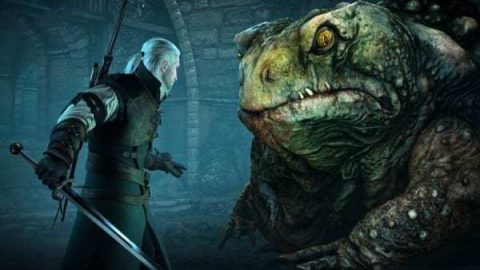 The Toad Prince is susceptible to Cursed Oil, the Yrden sign and the Northern Wind bombs. It might be helpful to take Golden Oriole before the battle as this makes you immune to poison.

The Toad Prince will jump around a lot, especially as you try and get close to it. Casting Yrden will slow it down so you can get in a few attacks.

Explosive bombs such as Dancing Star, Dragon’s Dream and Grapeshot work well and you can throw them from a distance. When you’re not casting Yrden get off an Igni sign as that seems to do a fair bit of damage as well.

Once you’ve wiped off close to 95% of the frog’s health the battle will end and you’ll be given a cutscene. As it turns ot the toad really is a prince, Prince Sirvat of Ofir. You’ll then pass out and wake up on a ship heading to Ofier.

There appears to be no way off the ship but while you’re sleeping Gaunter O’Dimm, the Man of Mirrors, will appear. He offers to help you in exchange for a favor. When you agree he brands you with a symbol on your face. Soon after a storm will cause the ship to crash and Geralt will wake up on the sea shore.

A number of soldiers and a Sand Mage have all made it to shore. You’ll be in for a tough battle as the mage has some powerful sand twister attacks. Make sure you go into your inventory and equip your items before fighting. 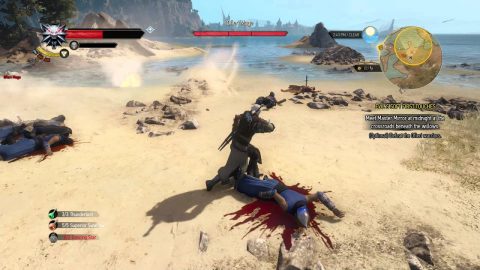 After the fight make your way to Yantra to meet up with Gaunter O’Dimm. Some kids will be singing a very strange song when you arrive. Meditate by the tree until midnight and you’ll have your chance to speak to Gaunter. He tells you that Olgierd know the toad was a prince and that Olgierd is also in debt to him. Gaunter must fulfill 3 tasks for Olgierd but he can’t do them himself. That’s why he needs Geralt.

When you reach the Estate it will be engulfed in flames and two of the gang are about to kill one of the others. You can either step in and prevent them from killing him or choose not to get involved. If you step in you’ll have to face Olgierd in battle. He’s quick and has a charge attack.

Regardless of the outcome Gaunter will appear and you’ll be able to ask him more about the Toad Prince and the tasks that Gaunter wants you to perform. The two tasks are detailed in Open Sesame! and Dead Man’s Party. Gaunter gives you a Vial of Von Everec Blood to help with the second quest.