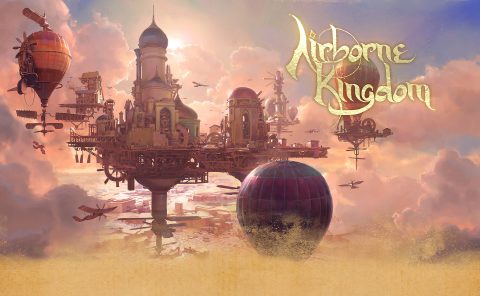 Airborne Kingdom is a sky city builder that allows you to grow your own town in the clouds. It’s a simulation/strategy game that will have you flying over open landscapes while attempting to unite the various peoples of the land. It was developed by The Wandering Band and is available exclusively through the Epic Games store.

As you build your unique sky city you’ll need to maintain lift and keep an ample supply of fuel. You’ll also need to balance the weight of your buildings or your sky city might tilt to one side or the other. Your new citizens won’t be too happy if they’re forced to live in sloped houses.

In the beginning you’ll rely on gathering resources from the ground. Scouts will fly down to pick up clay, coal, wood, iron, quartz, water and other resources. From these you’ll build more advanced structures as you continue to research better technology. Eventually you’ll unlock technology such as farms and water collectors so you won’t have to send out so many people to gather supplies. 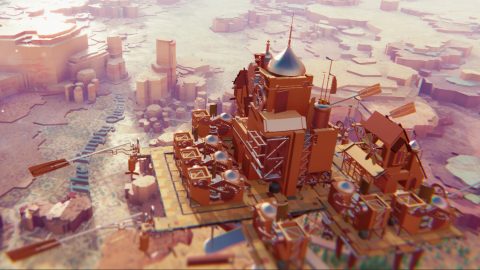 There are no enemy factions waiting to do battle with you in the skies but you will have your own battle with keeping your city afloat and balanced. One little building could be enough to tilt the scales in one direction or the other.

The world that you’re floating over is called The Barrens. It’s composed of 3 regions and 12 kingdoms. Your ultimate goal is to become the 13th kingdom and unite the land so that the people can live in harmony. To do this you’ll need to float over to a kingdom and help them in whatever way they ask. Finally you’ll need to build a skyport for them which will connect them back in with the united kingdom. 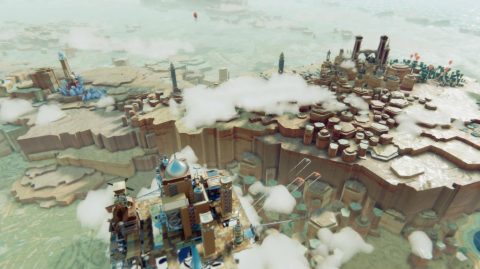 As you move on to more kingdoms and regions the land will become more sparse, forcing you to become more self sufficient. If you don’t have the resources or technology to survive out in the barren areas you’ll need to return to more welcoming areas to gather supplies.

Airborne Kingdom won’t have you on the edge of your seat but it is an enjoyable game that you can play casually for hours on end as you watch your sky city float around the world. 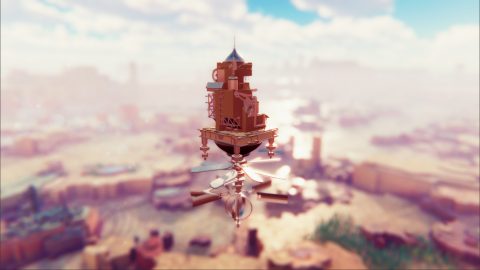