After 20 years in production the full game of Dwarf Fortress has finally been released. It features an intricate simulated world, beautiful pixel graphics, in-game tutorials and a bustling colony of dwarves who are ready to mine to their hearts content.

After 20 years in production the full game of Dwarf Fortress has finally been released. It features an intricate simulated world, beautiful pixel graphics, in-game tutorials and a bustling colony of dwarves who are ready to mine to their hearts content.

Dwarf Fortress retains all of the substantial game mechanics that have been built over the last few decades. It’s added graphics support and a 15 track soundtrack. some tracks are even in the Dwarvish language!

Player tutorials have been added to help new players through their first fortress building experience. Your dwarves will be able to craft furniture and treasures from surrounding materials, build structures like taverns, libraries and floodgates to divert water, and even establish a barony.

It would be true to say that Dwarf Fortress was one of the inspirations for games like Minecraft, Prison Architect and RimWorld. The two brothers, Tarn and Zach, have been continually updated Dwarf Fortress for almost two decades. It’s likely in another 10 years they’ll still be providing new updates. 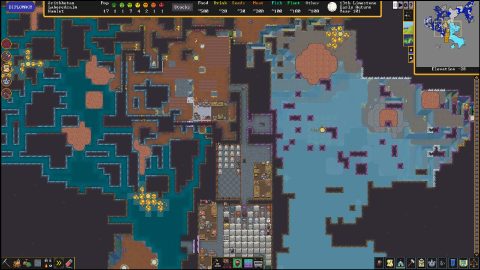 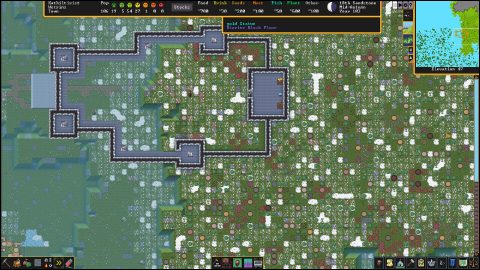 The new game release is far more accessible to those who want an enjoyable experience managing a dwarf colony and not just those who understand all the intricacies of how this game works. Of course fans of the old version will still have the same experience, just with better graphics and a vastly improved UI. The ability to play with the ASCII graphics is not available. I’m not sure if this will be returning for fans of the old graphics style.

From the last version many of the menus have been completely overhauled and are much easier to navigate. Playability and accessibility have been greatly improved. This means more time for playing the game and enjoying the expansive world and less time trying to figure out what to do.

One of the unique features of Dwarf Fortress is the making of the world. You’ll get to choose the history length of the world. This is how much time as passed before your little dwarf colony emerge on the scene. Thousands of historical events will occur and over time these may have a small or large impact on your dwarves. Your colony can also have an impact on the outside world and you may end up changing events that have taken place for over 100 years. 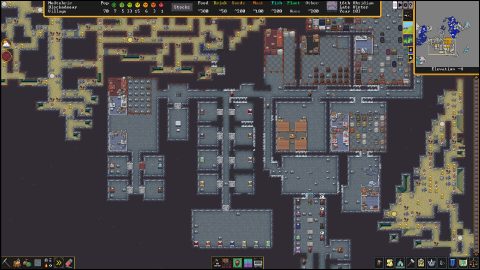 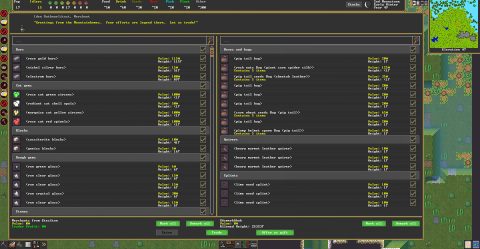 After the world has been created you’ll start with your little band of 7 dwarves and a wagon. You’ll need to put them to work digging a home before Winter sets in.

There are tutorials showing you how to do all the basic things such as building a stairwell, digging out areas for sleeping and storage, drafing militia and so on. You don’t always need to follow the suggestions of the tutorials. Sometimes thinking outside of the box is the best way to go.

There are no victory conditions in Dwarf Fortress, apart from your own satisfaction at seeing your own dwarf colony thrive, for a little while anyway.

The game comes with two modes, Fortress Mode and Legacy Mode. Fortress Mode is the main game, command your dwarves in their search for wealth and survival. With Legacy Mode you’ll be able to play through some of the scenarios that where generated in the world’s history when it was first created.

If you’ve wanted to play this game but were put off by the simple graphics and complex UI then now is your chance to enjoy the complexity of this world. You can be sure Bay 12 Games will be working on this game for many more years to come.