Humankind is a 4x strategy game where you’ll get to rewrite the entire history and culture of humanity to create a new civilization. It was developed by Amplitude Studios and released on 18th August 2021.

You’ll start with a Neolithic tribe and build your empire to the modern day. Each time you enter a new era you’ll choose a new culture. There are 60 playable cultures spanning the 6 eras. Each of the cultures come with their own unique districts and units.

Cultures will have a certain affinity and this has an impact on the style of gameplay that works well for them. For example the Romans are expansionist and want more territory while the English are Agrarian and will focus on population growth.

Certain requirements need to be met in order to reach the next era. To move from the Neolithic Age to the Ancient Era you’ll need to gain 3 Stars. You can do this by growing your population, discovering Curiosities or hunting animals. 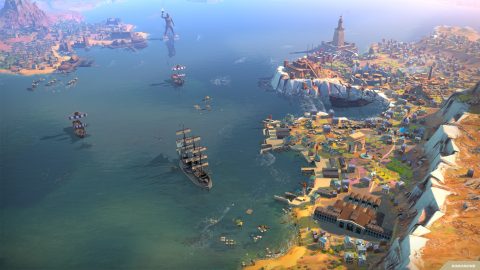 Fame is an important aspect of Humankind and measures how well known you are throughout the world. At the end of the Contemporary era the empire with the most Fame wins the game. Fame can be gained in three ways. The most reliable way is by earning Era Stars but you can also gain Fame by discovering and building wonders, completing competitive deeds such as circumnavigating the world and by participating in certain Events.

Tactical battles take place on the world topography. It’s not just about who has the biggest army but who has the best technology, access to the best resources and who makes better tactical decisions during the battle. 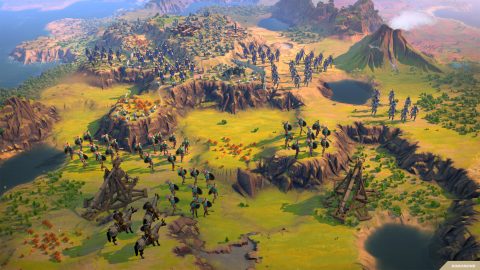 There is so much complexity to this game, not only with the cultures you choose for each era but where to found cities, which founding myths you choose, which civics, and so on. Each of these choices will spin the narrative of your empire in an interesting and unique way. Choices you make earlier in the game will ripple through your entire civilization. 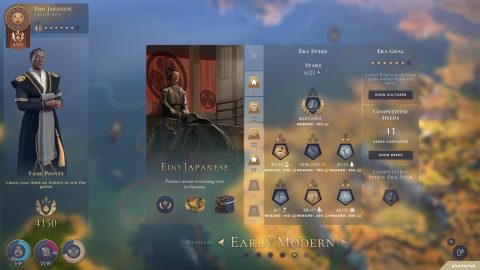 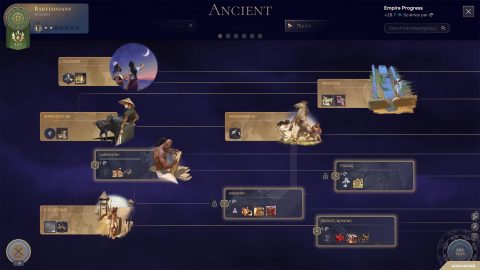 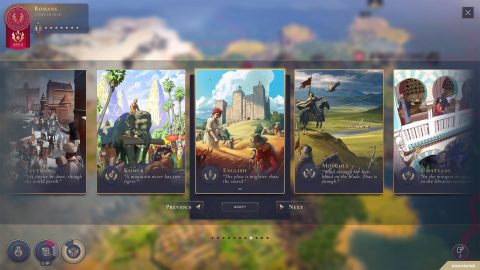 If you’re a fan of Civilization or other 4x games then Humankind is certainly worth your time. The team at Amplitude Studios view this as a labour of love and it certainly tells. The various features of Humankind blend together so smoothly that you’ll feel like it was made by one single man. This is testament to the fine detail that went into making every aspect of this game.