Portal Knights is a sandbox, RPG, action and adventure game developed by Keen Games and published by 505 Games on the 25th of Feb 2016. As you begin the game you get to choose a male or female character and select a class, Ranger, Mage or Warrior. Before you begin the game you’ll be able to customize your characters look and name.

Portal Knights is currently in Early Access which means the game is ready to be played but may change significantly as the developers fine tune and tweak things according to player feedback. The full game when it’s finally released will have more bosses, crafting recipes, worlds and monsters. As it stands all of the basic features have been implemented and I must say it looks pretty good.

What Is Portal Knights?

Portal Knights is a fantasy world of combat, crafting and adventure. It takes some elements from Minecraft like mining and crafting, and adds more of a RPG feel to the game. As the name suggests you’ll have to discover parts of the portal in each world. Once you put it together and defeat the guardian you’ll be able to jump to the next world.

You’ll gain XP from battling monsters, which get progressively harder the deeper you go into the game. Each class has specific items and clothing that they can craft. The Mage begins with a wand, the Ranger a bow and the Warrior a sword.

As far as graphics go Portal Knights is very pretty. It’s a blocky world like Minecraft so it keeps the same block building mechanic but it does look a whole lot better. It’s a mix of Minecraft and Zelda with cute characters and a gorgeous world to discover. Trees are actually round and there’s plenty of eye candy in the form of butterflies, flowers and other creatures. 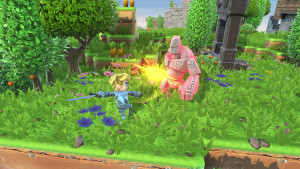 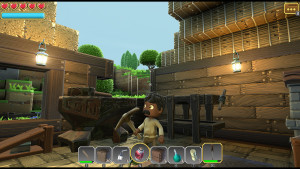 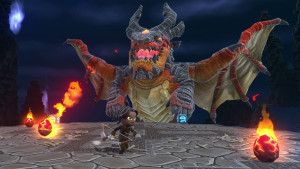 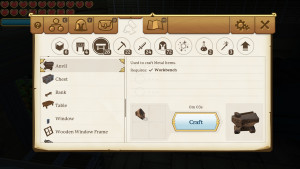 Portal Knights is designed to be a single player game or played with a small group of people co-op. There’s no PVP so it’s you and your friends against the world. You can play with up to 3 other friends for a total of 4 in each world. When you invite your friends they’ll be able to join your world and battle through it together with you.

Having looked at the game I’d have to say Portal Knights is a fun little sandbox adventure game for 1 to 4 players. It has some unique features and blends the mechanics of Minecraft with a beautiful world very well. Grab it now while it’s in early access as the price may be increasing once more content has been added.