In this mission Mugen and Aiko must rescue Takuma at the top of Mount Tsuru. There are multiple paths to take so I’ve picked the one that seems the easiest to me. After the cut-scene Mugen and Aiko will be hiding behind a rock with two guards looking at each other. 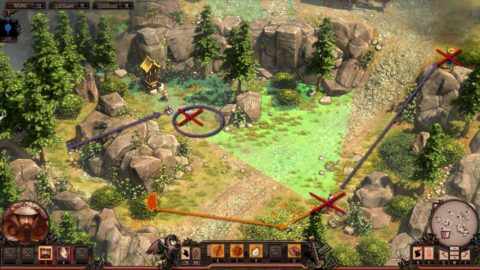 Bring Aiko behind the guard on the left. Use the sneezing powder to temporarily blind the guard and run Mugen across the path to hide in the bushes. Use sneezing powder again and take out both guards. Run up with Mugen and take down the Straw Hat Guard and use Aiko to kill the guard fixing the wagon. There’s another guard on patrol so be careful to time this correctly. 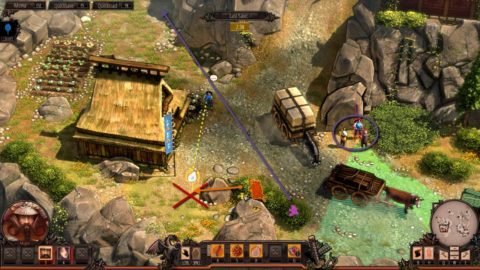 Run Aiko across to behind the second cart and throw sneezing powder on the guard chatting with the other two civilians. This will give Mugen time to run across and hide in the bushes. Throw a sake bottle when the patrolling guard gets close and take him out with Mugen. Bring Aiko up towards the Straw Hat Guard. Watch his view cone and sneak closer until she can safely kill him.

From here we’re going to get Aiko some civilian clothing so she can walk past the guards without being noticed and ring the bell. This will call all of the monks away for prayer, making the rest of this level a little easier. 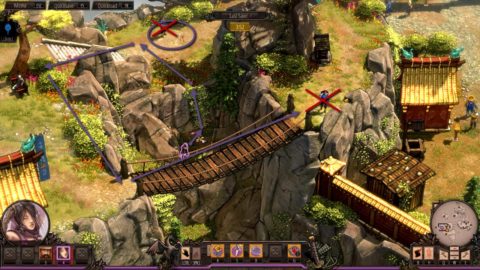 Throw sneezing powder on the guard near to the stairs and quickly climb up the vines. You’ll need to use a combination of running and sneaking while having his view cone active to make it to his side where Aiko can kill him.

Walk up the stairs and sneak around to take out the guard patrolling over the bridge. Make sure he’s far enough away from the civilian standing on the grass. 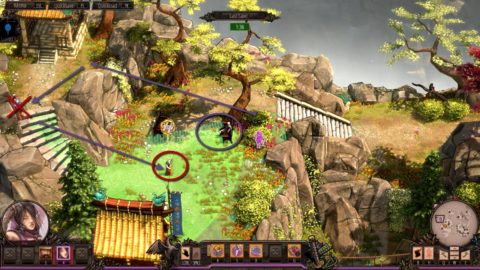 Use sneezing potion on the man sitting down and then run up the vines. Take out the guard up the top and then run down the stairs to knock out the civilian. Take her clothes and get changed into them. Walk down the stairs and through the gate to the large open area with 5 or 6 guards. 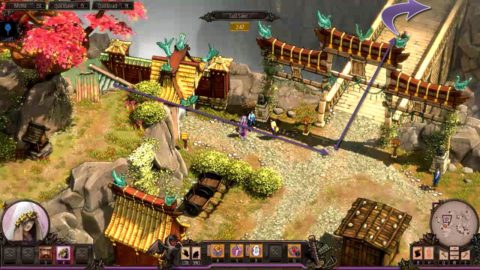 Make your way over the large bridge and around to the right. You should see the bell. Walk up the stairs and take out the Straw Hat Guard. Ring the bell and all of the monks will head off to pray. Come back across the bridge to help Mugen get through this area. 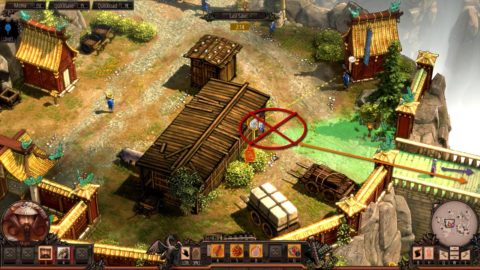 Bring Mugen up around the building to hide in the bushes. Use a Sake bottle to lure the second guard and take them both out with Sword Wind. Aiko can walk across the bridge to the east and knock out the civilian. Bring both Mugen and Aiko across the bridge towards the garden. 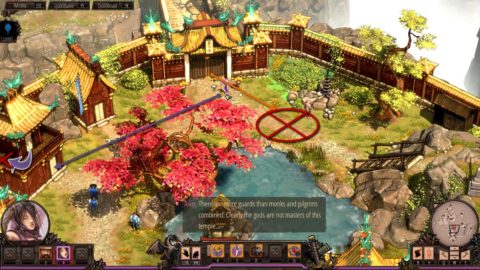 First bring Aiko in with her Disguise on and walk towards the building with the Straw Hat Guard. Go to the balcony up the top and take out the Guard when he’s out of sight of other guards. Walk back down and knock out the civilian walking around near to to gate. Hide him in the bushes.

When the two guards on patrol walk past the gate towards the steps bring Mugen out and use Sword Wind to take them both out at the same time. Hide Mugen in the bushes in case the civilian wakes up and bring Aiko up the steps.

Put on her Disguise and then take out the guard patrolling over the bridge. 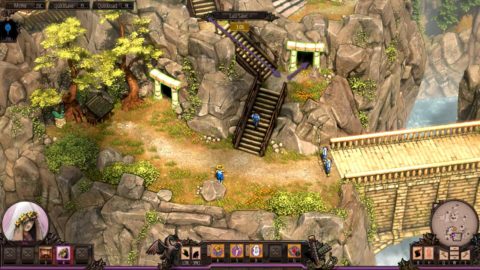 Bring both Aiko and Mugen down the stairs and into the cave. Come out the other side and go across the bridge. Aiko with her Disguise should easily be able to get close to the Straw Hat Guard and take him out. 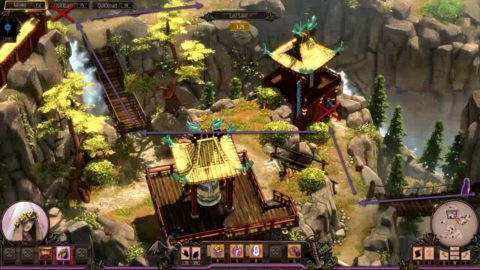 Walk across the second bridge and take out the second Straw Hat Guard on the other side. Put Aiko’s Disguise back on and walk back across the bridge to take out the patrolling guard before he raises the alarm. Now take both characters along the path towards the waterfall where Takuma is being held. Now for the final part of this mission. 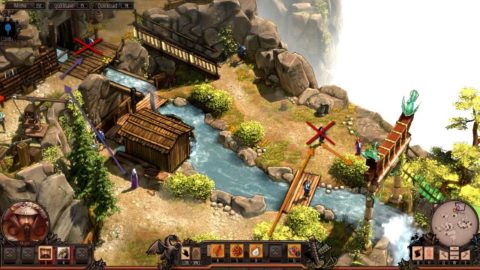 Bring Aiko up the vines near to Takuma. She’ll be fine if she’s wearing her Disguise although she’ll take it off to climb the vines. Take out the regular guard at the top.

Bring Mugen to the bushes, sneak behind the guard on the small bridge and take out the patrolling guard on the other side. Throw away the body and hide in the bushes near the bridge. When the two patrolling guards cross the bridge use the Sword Wind to take out all three guards at the same time! Use Aiko to throw sneezing powder at the Samurai and then bring Mugen to the single bush next to the stream.

Use Aiko to stand on the steps and quickly duck down. You must be close enough to raise a suspicion without making him raise the alarm. The Samurai will look around and see the three bodies that Mugen just killed. He’ll walk closer to take a look which is when Mugen can jump out of the bushes and take him out.

Finally, have Mugen use Sword Wind on the two guards chatting at the bottom of the vine. Bring Mugen up the top and kill the Samurai to free Takuma. Bring all three of them into the cave to the left of the waterfall. Use Mugen to kill the two guards on the other side with Sword Wind. 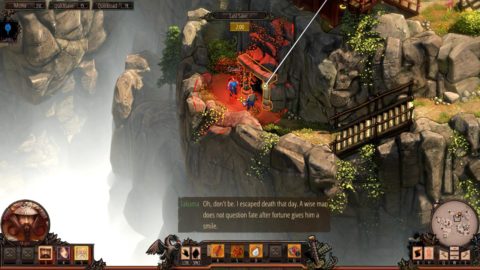 Walk all three characters around to the left and use the Winged Statue to open up a secret passage to leave the mountain.