Sunpu Castle is the last mission for Shadow Tactics and you’ll have all of the remaining four characters at your disposal. Hayato and Takuma are in a fairly tricky position. The easiest path to victory is to focus on Aiko and Yuki. That’s what we’ll be doing for this walkthrough.

Switch over to Aiko and Yuki. Dive into the water and climb up on the small grassed area to the right. Grapple up to the top of the tower and take out the Straw Hat Guard. Climb into the tower. 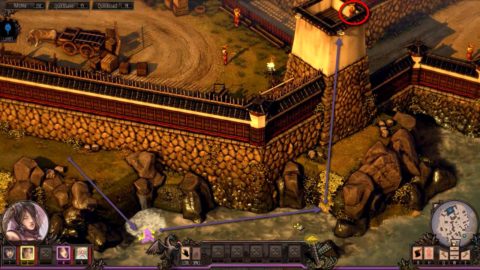 Get ready to make a dash to hide behind the boxes and the cart. There is a patrolling Guard so make sure he is facing away before coming out of hiding. Aiko can throw Sneezing Powder at the closest Guard to disrupt his cone of vision. 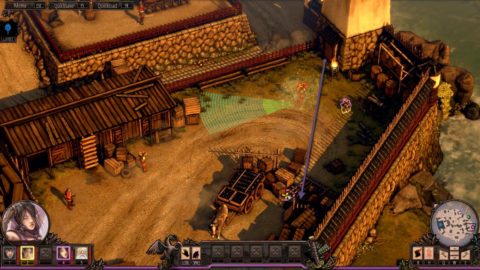 Once again time your run to the next collection of boxes. Throw Sneezing Powder on the standing Guard so Aiko and Yuki can run across without being seen. Climb up the vines and then jump down the other side of the building so you can hide behind the house. 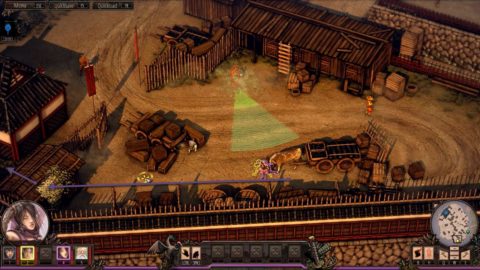 Make your way around the back of the house and stop before getting into view of the Samurai. Watch out for the patrolling Guard and then make a dash to duck into the bushes. Throw Sneezing Powder at the Samurai and then run to the wall and grapple up to the top of the building. 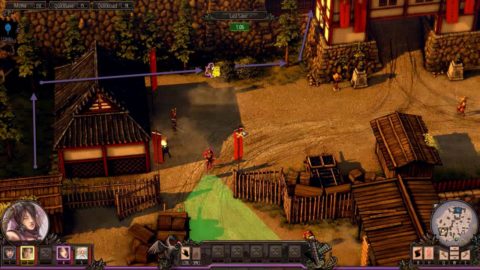 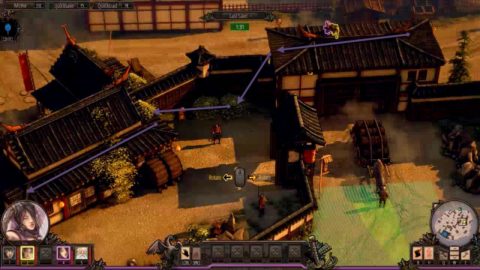 Drop down and run or sneak behind the Guards and out of the gate. Run across the dirt road and up the vines on the other side. You can leave Aiko on the platform but drop Yuki down into the yard. 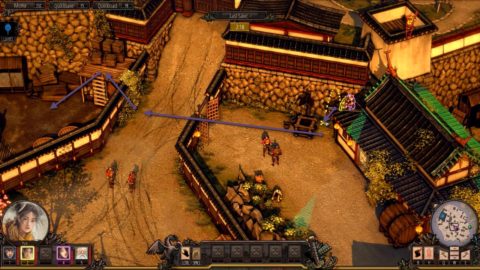 Hide Yuki behind the large keg and kill the Civilian when he enters the yard. Drag the body into one of the nearby toilets. 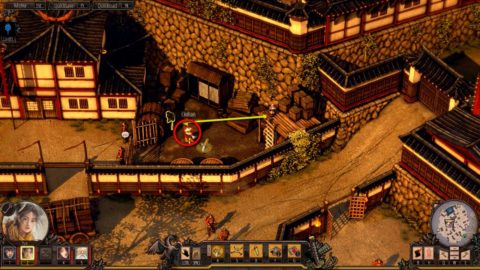 There are a few ways to kill the 2 Guards on the other side of the fence. The easiest is to have Yuki lay a trap roughly where you killed the Civilian. Play the Flute to attract both of the Guards and then have her hide in one of the toilets. When one Guard steps on the trap have Aiko shoot the other Guard. 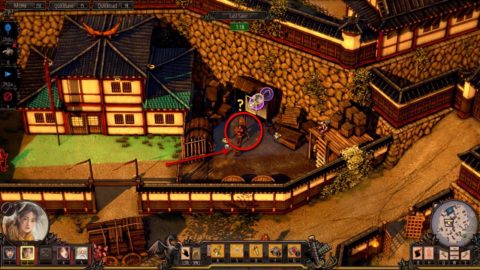 Shoot the remaining Guard on the other side of the yard and then grapple up to the top of the building. 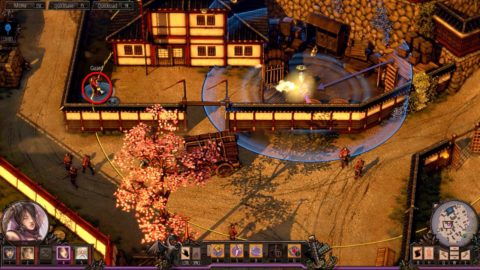 Walk to the back of the building and watch the Guards training with their rifles in the practice yard. Every now and again Lord Noburu will come and have a look. There is a named Guard, second from the bottom, Itto Mogami Waguna. He’s a little bit slower at firing than the others. When Noburu comes for a look and just before the Guards are about to fire throw Sneezing Powder at the named Guard. He’ll lose his sight of his target and end up shooting Noburu instead! 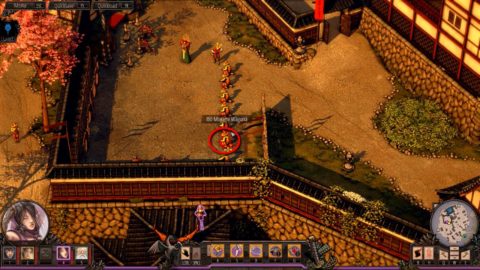