You start the mission with Hayato, Takuma and Yuki all locked up. You’ll catch up with Aiko and Mugen a little bit later. The easiest way to get free is to switch to Takuma and call Tunuki. He’ll bring 6 bullets with him. Start by shooting the Guard on the path above. 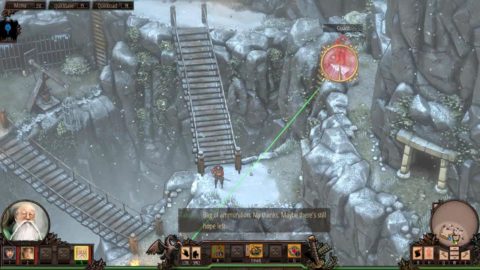 Next, shoot the top of the cage that hold Yuki to free her. Make sure the Samurai on patrol is not about to check her cage or he’ll raise the alarm. 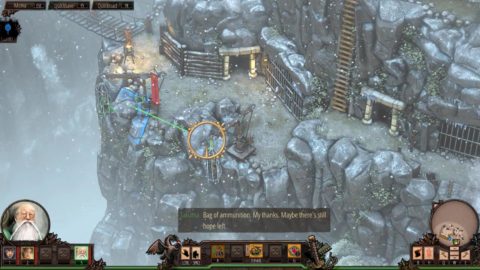 The Samurai has Yuki’s knife so you’ll want to take him out first. Jump Yuki across to the right twice and then climb up the vines. Shoot the Samurai with Takuma and then knock him out with Yuki. Pick up the knife and then finish off the Samurai before he wakes up. 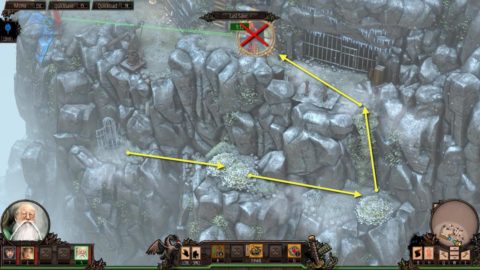 We’ll be using Yuki to clear out most of this area. Climb up the ladder and make a run for the bush behind the Guard. Kill the Guard and hide him in the bush. Wait for the Guard on patrol to walk past and take him out as well. 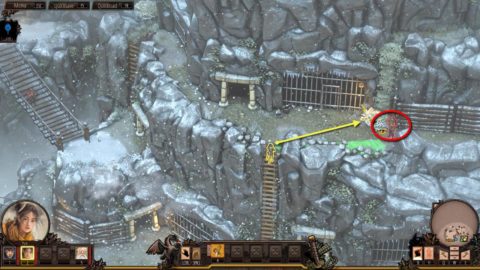 Walk to the left, drop down and take out the Guard below. 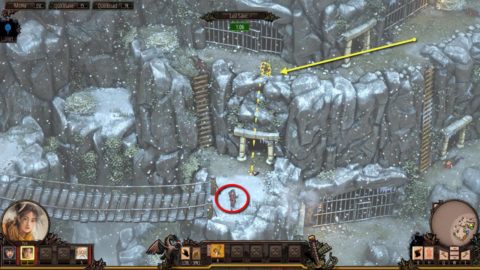 Drop down to take out the first Guard and then quickly kill the other Guard as he walks back across the bridge. Head towards Hayato and kill the Guard standing outside his cell and open the door to let Hayato free. 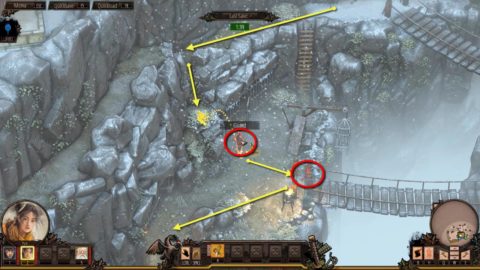 Bring Hayato and Yuki over to Takuma to set him free as well. Walk them through the cave and out the other entrance, where you killed the Samurai. Climb up the ladder and walk across to the right, under the arch. Stop just before the wooden bridge.

Once again Yuki will save the day. Get as close as you can to the Straw Hat Guard. As soon as he’s about to turn away run up and kill him with Yuki’s dagger. 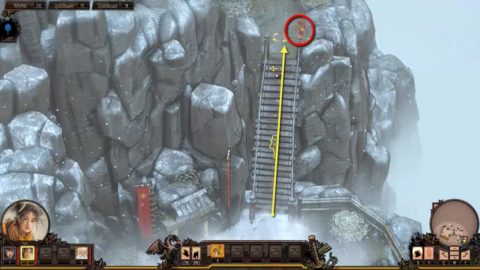 Just behind the Straw Hat Guard you’ll find a Statue that you can use to reveal a secret entrance. Send Yuki through the secret entrance and out the other side. When the Guard is positioned just outside of the line of sight of the Guard on the Gazebo run up and take him out. Drag him back behind the rocks as a civilian also walks past this area. To make things easier have Yuki kill the civilian when they’re in the same spot. 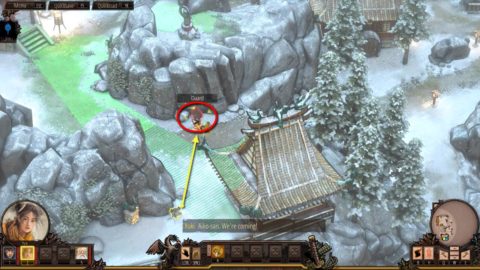 Move Takuma and Hayato up the path but stop before the snow. Have Takuma snipe the Straw Hat Guard watching from a balcony on the first floor of a building to the right. Jump Yuki down to the lower path and run across to the right.

Yuki needs to take out 3 Guards here. Make some footprints in the snow at the bottom right of the picture above. Guard 1 will notice and come running. Kill him and hide him behind the rocks. Do the same for Guard 2 and finally take out the Straw Hat Guard. Just beware of the wandering civilian. Take him out when he’s close to the small well on the right. 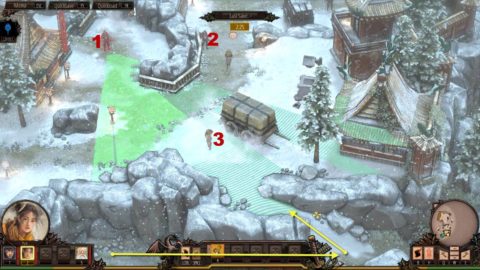 Bring your characters up to the first building on the left (across from the well). You’ll notice Aiko being interrogated by 2 Guards. Your Hanguns are located here as well. You can’t kill the 2 Guards yet because other Guards will notice. Instead grab the Handguns and continue down the path.

Bring Takuma up to the balcony where you killed the Straw Hat Guard for good sight. Yuki should sneak up to the rocks just before the second cart. Make some footprints as the patrolling Guard is facing this way. Run into the building and the Guard will give chase, following the footprints. Have Takuma shoot him once he’s out of range of the Samurai by the gate and the Guards in the courtyard. 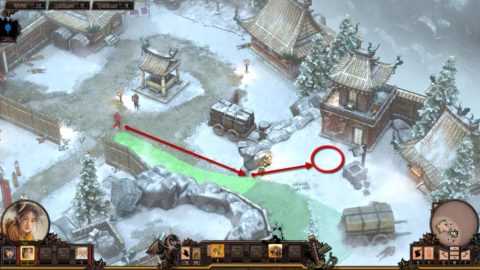 Bring Yuki around the cart and behind the Guard. Make some footprints within his vision by the house and then grapple up to the roof. When he’s standing down below attack from above to kill him. 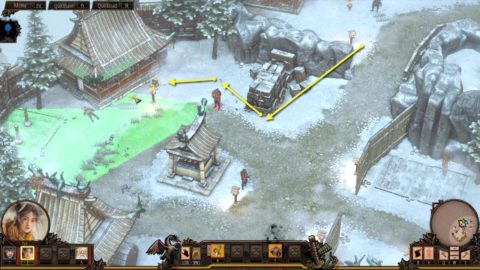 Send Yuki around the courtyard and towards the Disguise. Aiko can pick this up later. Use Safe Mode and target the Guard standing in front of the gazebo with her Handgun. Takuma should have sight on the Samurai guarding the gate. Take both of them out simultaneously. The Samurai will only be stunned so Yuki will have to run quickly over to the Samurai and finish him off.

You’ll need all 3 of your characters to clear out the courtyard beyond the fence. Hayato should be standing above the ledge with the Straw Hat Guard, ready to push the rock onto him. Set up Yuki and Takuma to each use their Handguns to take out the other 2 Guards. One of the Guards has Yuki’s Trap which you can go and pick up. 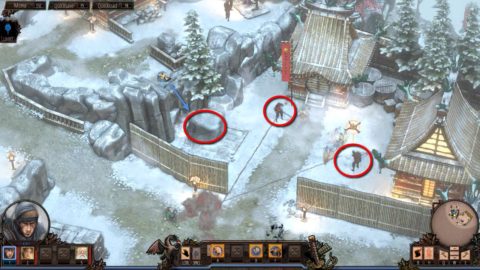 Now run back to Aiko and take out the 2 Guards any way you want. Aiko should also grab her Handgun and the Disguise before the entire party head through the gate and towards Mugen.

After the cut-scene you’ll be outside of another gate and ready to make your escape. You’ve actually been here before in an earlier mission but this time it’s snowing!

Put on Aiko’s Disguise and walk her down the steps. Kill the patrolling Guard with Yuki’s Flute first and then use Safe Mode to kill the 2 Straw Hat Guards.

Bring Takuma onto the bridge overlooking the small chasm so that he can order Takumi to the snow down below. The other 3 characters should be waiting in the cave.

Bring Aiko out of the other side of the cave wearing her Disguise. When the patrolling Guard gets close have Takumi draw the Guard closer so that Aiko can kill him out of sight of the other Guards. 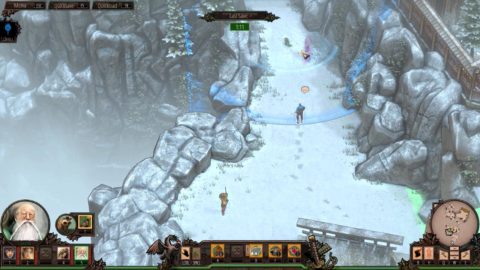 Bring Takuma and Yuki through the cave to meet up with Hayato. Aiko can put her Disguise back on and walk across to the Straw Hat Guard further down the path. Kill him and throw him over the edge and then put Aiko’s Disguise back on.

Have Hayato, Yuki and Takuma follow behind the 2 patrolling Guards towards Aiko. When the Guard on the left turns away sneak the 4 heroes around behind the Samurai to the exit point. 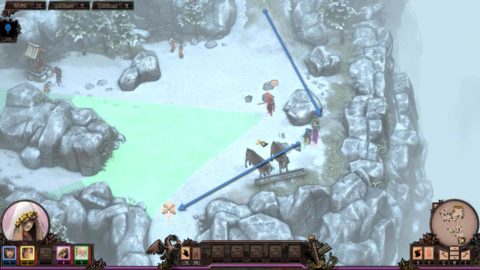