Aiko, Hayato and Yuki travel to Hida village in order to gather information about their enemy. You’ll need to listen in on a conversation at either the stables or the tavern. I found the tavern easiest as you can get Aiko a disguise along the way. This is a night mission so all enemies will have a reduced field of vision unless you’re standing in the light. 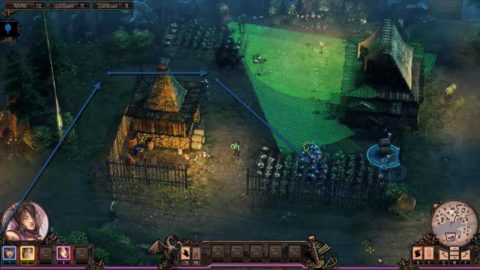 Crouch low with all three characters and bring them up and around the small hut. Stick to the darker areas to avoid being seen and then hide in the vegetable garden. 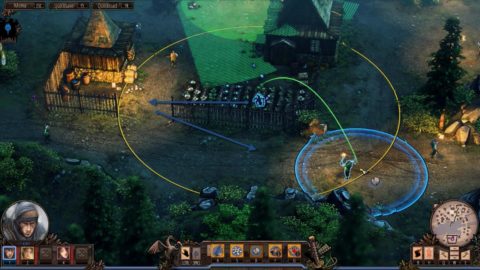 Wait until the guards on patrol are facing away and then throw a Rock to distract the guard facing towards you. Run around and crouch down in the darkness just in front of him. 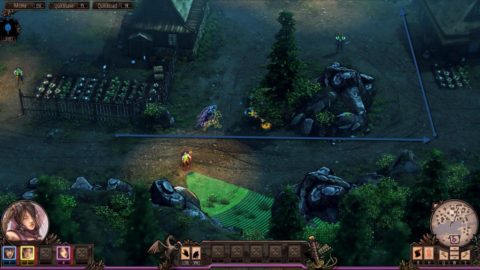 Once again throw a Rock to have the guard look the other way and then run past him and up to the top, sneaking past the Samurai. Dive into the water and make your way across to the other side. Don’t worry about being spotted by the civilians here as they are friendly. 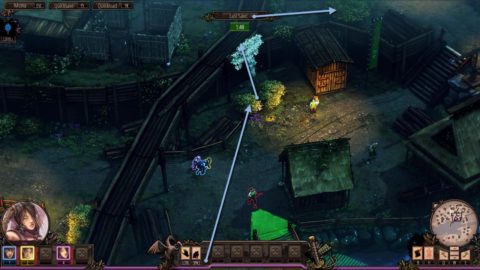 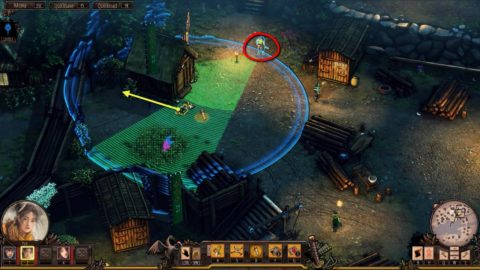 The disguise for Aiko is just up the stairs and to the right. Before you can bring her up there you’ll need to remove the guard standing in front of the stairs, pictured above. Take Yuki close enough to lure the guard with her Flute. Sneak her behind the building to the left and play the Flute again. When the guard is out of sight of the other guards take him out with Yuki or Hayato’s Shuriken. 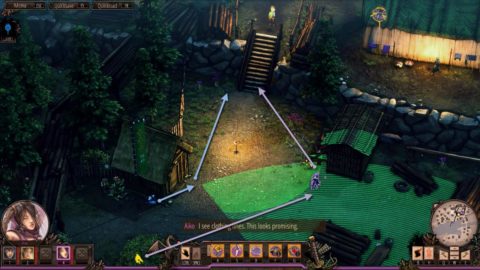 Avoid the torch in the middle and bring both Aiko and Hayato next to the steps. You’ll need to time the next part perfectly so that Aiko can sneak up the steps and grab the disguise. Once she has the disguise you’ll only need to worry about Samurai. 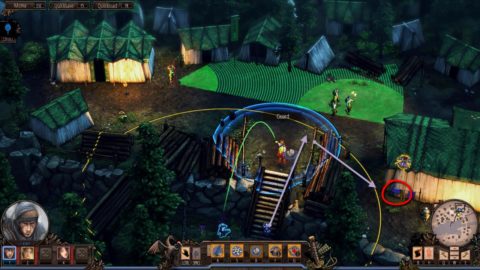 When the three guards on patrol are moving away use Hayato to distract the guard at the top of the steps with a Rock. Run/sneak Aiko past the guard. Try to time it for when the Straw Hat Guard is looking away. Even if he spots Aiko you should have enough time to run around the corner and duck down. Grab the clothes and have Aiko wear her Disguise. Bring Aiko all the way to the west towards the tavern. 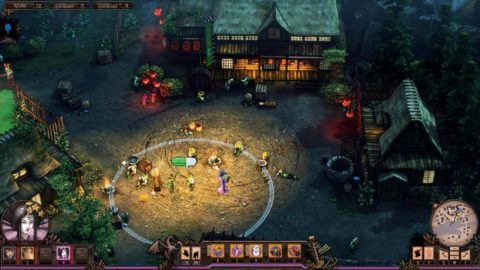 Aiko will need to stay within the white circle long enough to listen to the entire conversation. This is shown by the speech bubble filling up with green. You’ll only need to be careful of the Samurai who’s on patrol. Take your time as it may take a few attempts to work out the Samurai’s path. When you have the information bring her to the meet-up point just to the right.

Next you’ll need to listen in on the General. He’s located further to the west.  Bring all three characters back to the spillway. Sneak them around to the jetty just to the left of the spillway. This is the meet-up point once Aiko has the information. You’ll only need Aiko for the rest of this mission. Take her up the steps leading to the area with General Okkoto. 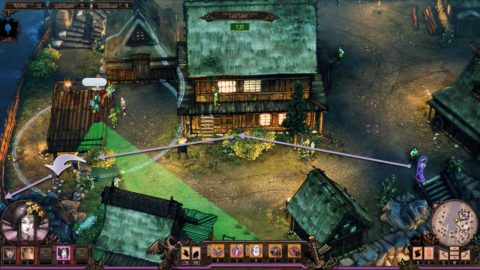 Bring Aiko towards the large house and stand by the bushes. Both the General and the Samurai will spot Aiko if she’s in their field of vision. Bring her towards the bushes within the white circle and throw sneezing powder at the general and the guards around him. Aiko should have enough time to get to the bush and duck down. From here she can listen to the entire conversation. When you’re down jump down to the ground below and then dive into the water. Meet up with Hayato and Yuki at the jetty to complete the mission.