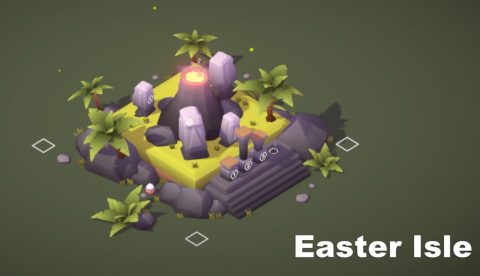 Grab the 3 eggs and enlarge them to open them. One of them has pillar #1. Enlarge the statue with the 1 on the back. It will bring up an egg. Enlarge the egg to find the turtle.

Enlarge the statue next to statue 1 to find a bottle. Reduce the size of the bottle to pop off the cork. Enlarge the cork and place it in the volcano. It will explode, revealing pillar #2 and pushing over a statue.

Grab the #4 mechanism and place it in the fourth slot. There are four mechanisms and four numbered statues. Make the statues the same size as the numbered mechanisms and the tops of the mechanisms will close. When they are all closed the stone slab will lift up and you’ll see pillar #3 underneath. 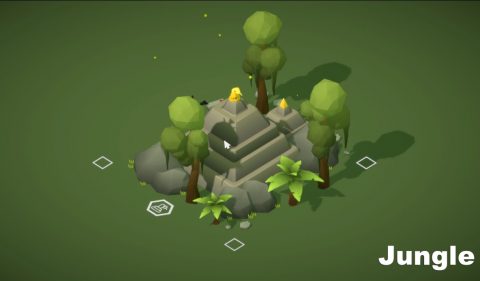 Grab the snake from the top of the pyramid and place the small golden pyramid up the top. Enlarge it to medium and you’ll unlock Secret Level #6.

Start the level again. This time take the snake and place it on the snake symbol. Resizing the snake will lift up the layers of the pyramid. Resize each of the pillars in each of the layers to activate the redstone. At the bottom layer you’ll find the turtle. After all layers have been activated the small pyramid will lift up with pillar #1 inside.

Place the snake in the small pyramid and the large pyramid will lift up. Place the golden pyramid on the slot on the right side and size it to medium. the ledge will lower revealing pillar #2.

Make the trees small until you scare away the bird and reveal pillar #3. 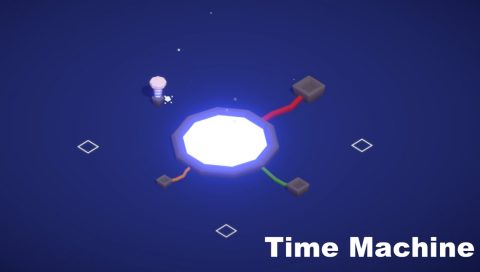 Grab the electrified screw and place it on one of the three slots, orange, green or red. Orange is past, green is medusa and red is future.

Past: Reduce size of ferns on lower ledge to reveal the turtle. Enlarge trees by dinosaur so it eats the leaves and reveals an orange.

Medusa: Make pillar with hammer medium and place small size orange on anvil. The hammer will break the anvil and you’ll get pillar #1.

Future: Resize the buildings so the cars smash into the targets. One of them will drop pillar #2. Another will drop a pillar for the medusa age.

Medusa: Place the pillar on the spare slot and resize the pillars so the light hits medusa and kills her. She’ll drop pillar #3. 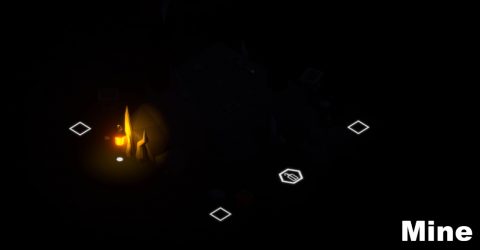 Well the mine is pretty dark. You’ll need to use the lantern to see what you’re doing. On one of the top beams you’ll find the turtle. Enlarger the two carts so one of them falls off and drops pillar #1 and a weight.

On the other beam across from the turtle is a chest. Enlarge it to open it and reveal pillar #2. 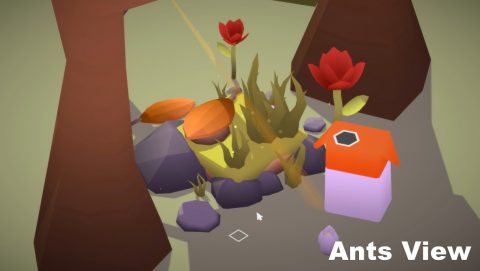 Reduce the size of the grass until you find the straw. Place the straw in the drink carton. Enlarge it so it drips on the flower. The flower will open and reveal pillar #1.

Reduce the size of the bread and give it to the ant. The ant will grab it and throw out pillar #3. Before placing the pillar move the small rocks around. Under one of them you’ll find the turtle. 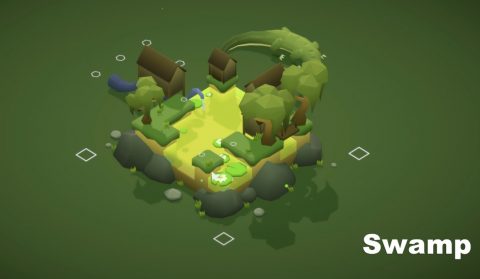 Grab the 2 pipes from the back and side of the house. Put them on the ground for now. Enlarge the water wheel so it spins and the 3 boats appear.

Grab the chests from the boats and open them all. You’ll find a pipe and a platform in each of them. Arrange the pipes to connect up the water pipes from the house to the swamp. The swamp will drain. Under a lilly at the back of the island you’ll find pillar #1.

Enlarge the meat hanging from the first boat and the crocodile will open its mouth revealing pillar #2. 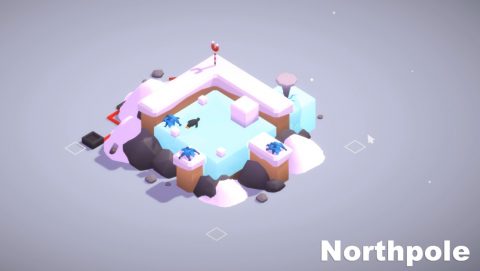 Use the blocks to push the penguin to the blue seaweed. Under one you’ll find a power unit, under another pillar #1 and under the third a turtle.

Enlarge the magnet and it will pull out a hammer. Enlarge the hammer and use it to hit the large nail. This reveals pillar #2 and a second power unit.

Place the power units in the slots and size them to the correct size. The snow will melt and a fan will blow, revealing pillar #3.