The Village of Dion is where you’ll first get to test out the combat system. Pressing left and right moves between categories of weapons and equipment and pressing up and down changes the specific weapon within a category. If it sounds confusing at first you’ll soon get the hang of it after a while.

After the cut-scene head to the right and pick up your first weapon, a Xiphos, which is some kind of short sword. Look at the banners hanging on the wall for a brief summary of the controls.

Just to the right you’ll find Captain Tarkis who will open the door and give you your objectives. Arrows on the screen will point to each of the main objectives. 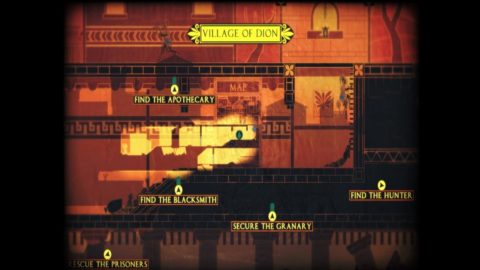 When you enter the Blacksmith’s you’ll find your first small shield. It’s a critical piece of equipment that will make hand-to-hand combat much easier. Each weapon and shield has it’s own durability. After taking a battering the shield will eventually wear out and you’ll need to find a new one. Some weapons, such as maces, do extra damage to shields.

Make your way to the top of the building to find the Blacksmith in battle with a soldier. After defeating him he’ll let you loot his coinbox and give you your first set of armor. Once you’ve explored the Blacksmith’s head back out to the Village.

Somewhere above the Blacksmith’s you’ll find the door to the Academy. You’ll need to use a torch because all of the lights have been turned off. You can only use a torch or a shield, not both. Head up to the top of the Academy to find Agione the Apothecary. He’ll tell you that he doused all the lamps and hit up there. He’ll give you two recipes, the Nectar of Healing and Greek Fire. These can be crafted from the Crafting tab in the Menu. There is a limit to how many of each item you can hold. 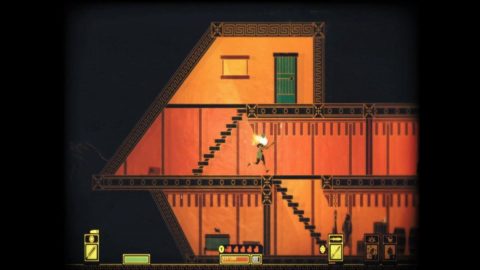 Head to the right and defeat the Slave Master. Use a club or mace to break past his shield. Once he’s been defeated pick up the Boat-Hold Key and pull the lever to release the prisoners. Use the key to open the sealed door to the left and open the chest for extra goodies.

Now that you have a lockpick you can return to the village and open the locked door with a chest inside. The locked room is located somewhere towards the top of the map. You can see locked doors on the local map when you’re close enough.

The Granary can be found at the bottom floor of the map, about halfway between the Raider Ship and the Hunter. When you enter you’ll need to all the soldiers from pillaging the grain. You’ll see them when you open up your map. Kill the soldiers to complete the quest. Leave the Granary and head back to the village. Run all the way to the right to find the Hunter.

The Hunter’s name is Oiron and you’ll find him to the right of the map in Oiron’s House. When you enter the house throw something at the target to open the door to the right. Drop down to the basement to find Oiron in a drunken stupor. There’s nothing else to do here so leave the house.

Once all of the objectives have been completed a soldier will tell you to go with him to defeat the tyrant. Follow the objective marker to the top right, where you’ll find Ophion the Tyrant. The Tyrant runs off to the Temple so follow him inside. At the top of the Temple you’ll find a Priest. He gives you the Temple Key so you can follow the enemies. 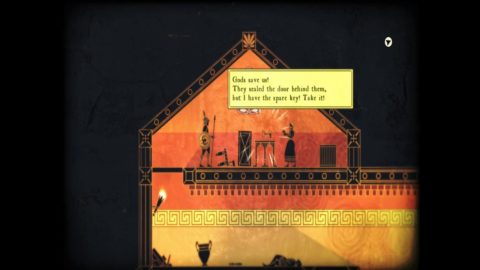 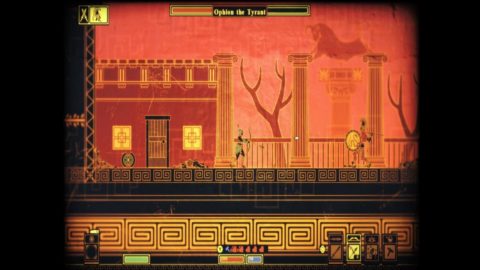 Ophion has a large shield and javelin. He’s fairly easy to defeat if you stay away from him and shoot arrows. Alternatively get in close and use heavy weapons to break his shield. Once he’s been defeated head to the right to meet Hera. She gives you a choice, to stay here or to ascend Mount Olympus to confront the Gods. If you accept her challenge jump into the fire to be taken to the Gates of Olympus.

This is technically a new area but there’s not much to explore here at the moment. Walk to the right and go through the door to The Agora for the next level.