When you enter the Agon of Ares you’ll be confronted by Ares who pushes you into a pit so you can join the battle below. The fighting down here is continuous so you may want to avoid most of it and just make your way to the main objectives.

There are three battles to begin with. Phobos and Deimos to the top right, Otus and Ephialtes to the top left and the Chasm to the bottom left. When Ares pushes you down the pit run to the right and take the lift up to the first battle. 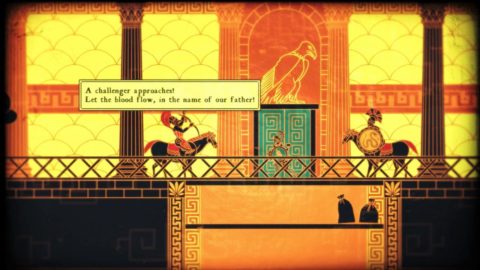 These two ride on horses and like to attack with spears. Use a Flask of Warding to prevent damage for the first 30 seconds and chase them down. Focus your attention on one to even the odds out a little. Once they lose over 50% of their health they’ll fall off their horse making them easier to hit. Once you’ve killed both of them the objective will be complete.

Leave the way you came and head back down the lift. Run over to the left and take the lift to the battle with Otus and Ephialtes.

These two are giants but they’re easy to kill if you know how. Run up close to them and stay underneath them while you attack from close range. Their weapons are too large to be effective at so short a distance. 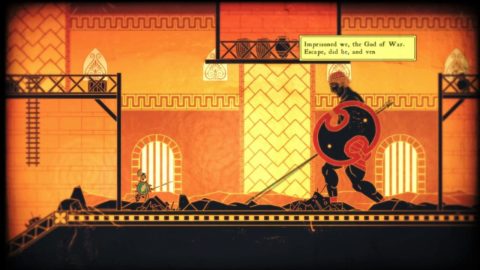 Smaller soldiers will spawn in during the battle so I found it helpful to spawn in a Wolf to distract them while I attacked the giants.

If you want to try something different climb up to the ledges and shoot the targets to drop rocks on them. It does massive damage but the giants are so big they’ll still be able to reach you on the high ledges.

Once they’ve been defeated the second objective will be completed. Head back to the Agon and make your way down to the bottom left for the third challenge.

As soon as you enter the room to the left soldiers will start dropping down. When you kill them the floor will lift up. The faster you kill them them the higher the floor will rise. There are a few ledges along the way where you can stop for a rest. If the floor starts to lower you can target the soldiers down below with ranged weapons. Keep fighting until you reach the top. The floor will lock into place and you can exit through the door to the top right.

Once you’ve completed all three challenges you’ll be given a fourth objective to defeat Diomedes. You can reach him by going through the door to the bottom right of the Agon and then taking the lift up to the top.

This is a tough battle mainly because Diomedes can’t be hurt unless you smash a jar of blood on him first. This makes him vulnerable for a few seconds. The jars will respawn once they’ve been used so you should always be able to find one to throw at him.

Hitting him with a jar stuns him for a few seconds. When he stands up he’s still vulnerable for a few more seconds so keep swinging until you stop doing damage and then search for another jar. Once you defeat him he’ll give you the Spear of Diomedes which is the only weapon that can get Ares’ attention.

Go back out to the Agon and find Ares. He’ll ignore you until you hit him with the Spear of Diomedes. From now on you can use any weapon to attack him. Use your favorite weapon or release the traps dotted around the place. Once you defeat him grab the Crest of Ares and you’ll be teleported back to The Acropolis.