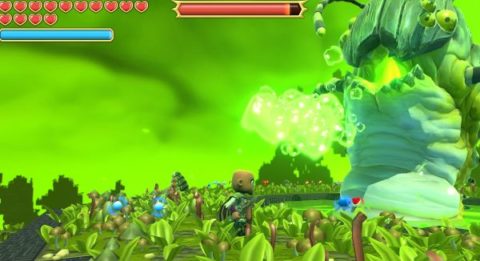 The Ancient Worm is the first boss that you’ll encounter and you’ll need to defeat it to move on to the second section. It’s a Level 10 boss that can be found in the Worm Pit island.

The Ancient Worm will be summoned when you kill the Worm Tail on the central platform. It will hurl poisonous green bubbles at you and is invincible until you manage to knock it out.

The Ancient Worm can be knocked out for around 10 seconds by killing all of the Worm Tails around the platform. Once it wakes up it will start hurling poisonous bubbles at you until you manage to knock it out again.

There are also Maggots on the platform that can attack you if you get close but if you keep moving you shouldn’t have to worry about them.

The Ancient Worm is vulnerable to Fire Damage so choose a weapon with this kind of damage. It’s also resistant to Electro Damage and immune to Earth Damage so stay away from those weapons. 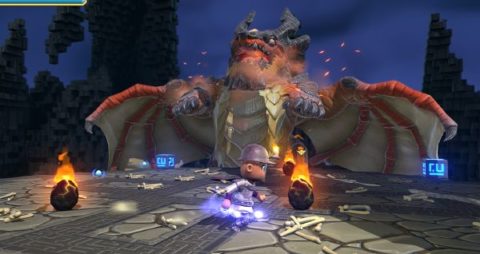 When you first visit the Dragon’s Lair you’ll spot a single flaming egg on the platform. Everything will be quiet until you strike the egg. It will fly off towards the hills and summon the Dragon Queen.

The Dragon Queen attacks by breathing out flaming eggs towards you. You can’t hurt the Queen until she’s been stunned. You stun her by hitting the eggs back towards the Queen. If they hit her she’ll be stunned for about 10 seconds. You have this long to do as much damage as you can to the Dragon Queen.

Once the Queen recovers she’ll throw out 3 eggs. These will hatch out Saurian Mages. Take out the Mages and then stun the Queen again.

The Dragon Queen is vulnerable to water damage so try to craft a weapon that does water damage before this encounter. Once defeated the Dragon Queen will drop various Ores, Gems, Potions and Recipes. There’s also a small chance (11%) that she’ll drop the Princess of Fire pet. 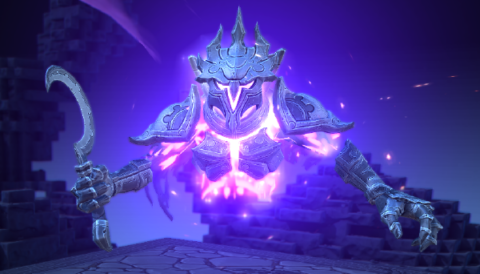 The Hollow King has two different attacks. The first is a spinning sickle attack. It’s difficult to dodge but it does minimal damage. The second is a volley of astral orbs. These are easer to dodge but do large amounts of damage.

Target the Shadow Crystals and continue to do as much damage as possible while the Hollow King attacks. The Hollow King is vulnerable to Light Damage and resistant to Dark Damage.

Once the Hollow King has been defeated he will drop a range of items including Titanium, Moon Opals, Sun Diamonds, Potions, numerous Recipes and the Dark Prince Pet.