You’ll automatically drop down to the first checkpoint at the start of the level. Make your way to the right through the large stone block and jump across the electrified platforms to the Stone Worm. Hit the head of it to make it move and ride it along to the Resurrection Idol. Drop down to grab it and then continue to the right. 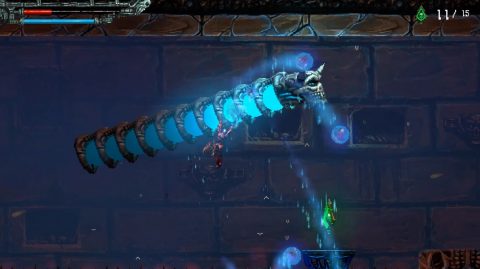 Make your way past the laser barriers as they turn on and off and grab the Blood Metal in the center. Jump across to the next Stone Worm and ride it along to the right.

When you see the Resurrection Idol jump down to grab it and then jump across the electrified platforms so you can hop back on the Stone Worm on the other side. 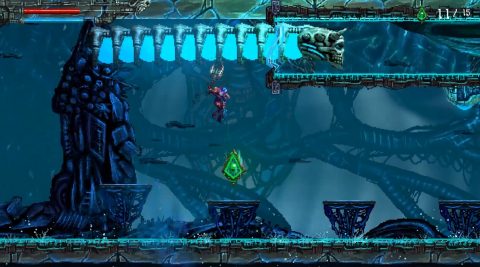 Jump over the platforms to the chamber with the boss fight. For the first phase one of the symbols will light up. You’ll need to follow this symbol and hit it once the movement stops. 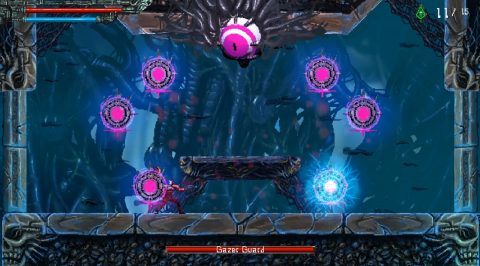 Doing this 3 times will bring the Gazer Guard down to half health. The symbols will then act as a shield and the eye will fly around in a figure of 8. Shoot out the shields and then go for the eye.

Once it’s defeated it will drop Blood Metal and the door to the right will open. Grab the Resurrection Idol and climb up. Half way up you’ll find Blood Metal.

You’ll be riding Stone Worms through the caverns. When you see a second worm jump to it. You’ll then need to jump back again. After doing this a few times you can drop down to a Resurrection Idol. 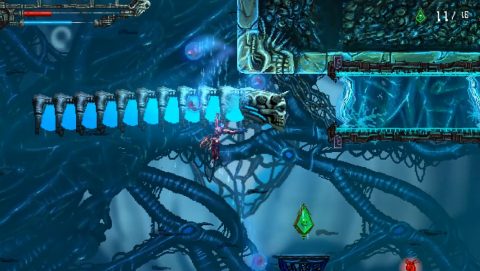 Jump back and forth between the two platforms until the Stone Worm comes back and ride it up through the tunnel. Drop down at the top when you see the weapon. This is the Skysplitter. A powerful railgun that uses a ton of energy.

This is not really a boss fight but a series of Tendril Drones that will fly at you from the right. 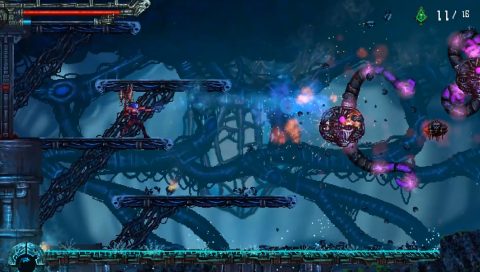 Shoot them down, along with the small drones and then platforms will appear to the right. Don’t jump up yet. Instead go through the electrified passage to the right for Secret #1. 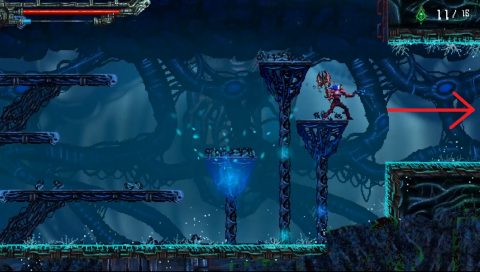 Inside you’ll find a Heart, Resurrection Idol and Blood Metal. Go back and then climb the ladder to the Stone Worm.